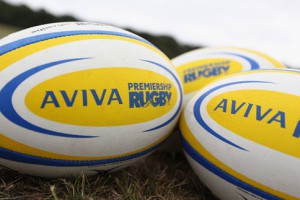 The UK domestic rugby season comes to a close tomorrow, when Harlequins take on Leicester in the Aviva Premiership Final from Twickenham. It’s a big day for ESPN, which is not only the exclusive live rights holder, but is also producing its first 3D rugby match. The 3D version of the game will be shown on Sky following a commercial deal negotiated earlier in the year, while the broadcaster is also using the well-seasoned Sky crew and Telegenic OB units to produce the feed.

“The 3D operation is based on the reverse side of the ground,” explains ESPN Producer, Simon Dukes. “It’s an eight cameras set-up and to a certain extent some of those cameras are shared, so where we can we dovetail between the two different facilities providers – Arena [ESPN’s regular rugby contractor] for 2D and Telegenic for the 3D – and we’ll help each other out and share EVS networks etcetera so we can get all the best angles

“In an ideal world you’d have everything on the same side, but the gantry positions aren’t quite low enough for 3D and until we rebuild stadiums and put those in, we go on the reverse side,” he continues (though he points out that Wembley is a notable exception). “We’ve had to make a few adjustments, such as putting extra scaffold in for the cameras that we’d usually use for our reverse bench shots, but it’s no big deal.”

Rugby is one of those sports that works particularly well in 3D too. “It’s much more physical than football so you can get some amazing shots from the four corner cameras, and you can hang onto the ‘behind the goal’ camera in rugby to see the lines of running, which you can’t do the same way in football,” he says.

Nevertheless, for all its muscular immediacy, as Jeroen Oerlemans, Head of Channels ESPN EMEA, points out, ESPN can shoot whatever they want in 3D, but with no 3D platform in the UK of its own it will always have to negotiate carriage for the feed. “This is a good test to see whether we may want to do more of that next year or not, though that also depends on the commercial, platform side of things,” he says.

The 2D operation, meanwhile, will use 19 cameras, covering the pitch, a pitch-side desk, and a studio run out of a truck parked in the stadium’s fairly infamous – and usually beer-sodden – West Car Park.

We’ve got one or two gizmos,” says Dukes. “We’ve got a jib in the corner which we use in the West Car Park pre-game and is then wheeled into the ground for really nice corner camera coverage. We have a Steadicam, we also have a Steadicam working for 3D which the 2D coverage will take as a reverse. We have a beauty shot remote high up in the stands as well, which gives you that fantastic Twickenham ‘bowl’ view. And we’ve got two Hi-Motions, which on a bright, sunny day like tomorrow will be amazing – the better the light the crisper and more beautiful their images look.”

As yet there are no further plans for more 3D rugby next season, with ESPN amongst most of the rest of the broadcasting world very interested to see how the 260 hours of Olympic output OBS is planning on producing from London 2012 goes down with the viewing public. As Oerlemans says though, in a year’s time the Champion’s League Final and Aviva Premiership Final both take place in London on the same day, just as they did in 2011. It’s interesting to note that back then there wasn’t enough 3D kit in the country to do both. By next year, depending on how London 2012 goes, that could be a different story.