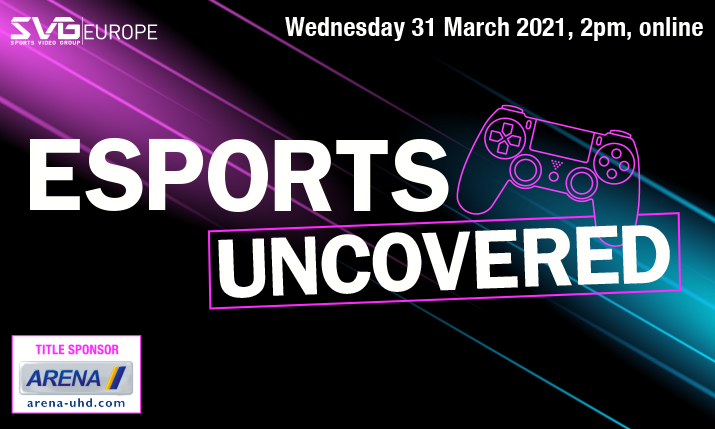 NCompass International and Boombox Group are among the companies to have been added to the programme for Esports Uncovered, sponsored by Arena, which takes place at 2pm (UK time) on Wednesday 31 March.

Also new to the programme is Natacha Jones, an experienced esports producer and creative director at Nuel, the UK university esports tournament provider, who will be focusing on women in esports, both gamers and production.

FIFA director of efootball and gaming Christian Volk will be the keynote interview, in conversation with SVG Editorial Director Ken Kerschbaumer.

They will be taking part in a panel discussion that will cover how the pandemic is reshaping their production philosophy and outline what’s on their production and technology roadmaps for 2021.

Other sessions include an in-depth look at the esports market with IABM Head of Knowledge Lorenzo Zanni, a deep dive into a major esports project from the last 12 months and a look at the latest technology innovations in esports production.