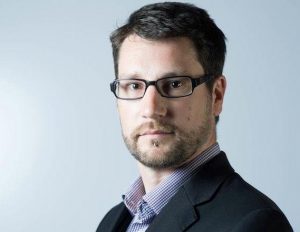 One of the consequences of ITV’s decision to rebuild its London South Bank facility was that departments would need to be relocated until the work was completed. For example, ITV Sport is moving to Gray’s Inn Road, where ITV already has offices, alongside ITN and other tenants, in the early part of 2018. At the same time, it has taken the opportunity to look at its existing Media Asset Management (MAM) set up and introduce some cost saving and workflow improvements into the production department.

“The existing archive system that we had was getting towards the end of its useful life,” explains Paul Bateman, Technical Consultant to ITV Sport. “It was full and over capacity both in terms in of the database side and media storage. It was based on LTO5 robot system which had been over-filled, resulting in quite a lot of LTO tapes on the shelves, not in the robots themselves, so the restore process was very much a manual operation.”

The archive was based on an EVS IP2Archive system. This was connected into ITV Sport’s existing EVS set up but, as it is not designed to be a full MAM system, created some workflow difficulties and doesn’t really have reporting capabilities and analysis tools. “This not only created problems for production, but also had an impact on monitoring archive sales,” states Bateman.

With the upcoming move to Gray’s Inn Road came the chance to re-evaluate the whole question of storage and the wider issues of media management.

“Departments are going to be spread out, and with an increase in outside broadcasts and hire of external studios, it was essential that a system be in place enabling users to access content from wherever they might be, whether in the UK or abroad.”

The decision was then taken to go out to the market and evaluate what was available to suit ITV Sport’s current and future requirements. “We were looking for a provider who could give a full management and support service. What’s more, one that could provide the high level of reporting that is crucial in our operations.”

The tender process resulted in Timeline Television being awarded a five-year contract to deliver a full digital archive service. This is not the first tie-in between the two operations, as Timeline already provided post-production and archive services for ITV Sport’s Racing production. These facilities included bespoke suites housed at Timeline’s base in Ealing Studios.

The Evolution of assets

At the heart of the solution is the Tedial Evolution system. Deon Cotgrove, Timeline TV’s Senior Media Manager to ITV Sport, takes up the story with an insight into the enormity of the task. “There were huge volumes of data to be moved to the new system. We have transferred 2 Petabytes of LTO file data.  At our peak, the throughput was 55 Terabytes in one night. Our storage allows for an expansion of around 400 to 500 Terabytes per year. However, that may need to be changed when UHD is taken into consideration in the future. In all, we have migrated around 163,000 assets in the past five months and this will rise to 175,000 in January 2018.”

With the introduction of the Evolution system, this is the first time that ITV Sport has access to its now digitised content. “That means that all digitised archive material is immediately available and accessible to users,” explains Cotgrove. “Because it is a web based system, Evolution allows users to research from, say, an outside broadcast and gain access to a previous incident involving a specific football player, jockey, horse or whatever.”

Once the appropriate content has been accessed, it can be clipped and the material delivered to a pre-determined destination within the system.

“The Tedial Evolution system is brilliant for accessing and enhancing metadata for the assets held in the system,” says Cotgrove. “For example, if an archive user wishes to add a location for a football match, thesauruses will limit the locations that can be applied to locations for that tournament. So, it is possible to pre-define the data you want to apply against things. Previously, most other systems didn’t have that capability. This makes it much more user-friendly for archive purposes.”

Cotgrove goes on to explain that this solution has been an integration between Tedial and EVS in the sense that the latter will be the ingest point in the production. “Tedial Evolution is a MAM system that sits behind EVS as a production system. We have developed APIs to communicate between the two. So, if a file has been archived from EVS IPDirector into Evolution there will be a flag that states that this content has been archived.”

Another of the benefits of the system is that multiple repositories are available. From the outset there is an ITV Sport repository that will contain all the video and files. “One of the things that I will be looking at next year after implementation is adding in a physical asset data base. This will avoid users having to log on to multiple systems. The metadata from that physical data base will enter a separate repository. That will create a place holder without the video file and we will call that separate repository ‘physical assets’. So, within the system users will be able to search upon one repository or multiple repositories. That means users can search for content – whether it has been digitised or not.”

Cotgrove concludes: “Tedial has many systems in place around the world, but this is the first time they have pushed a solution for a sport production archive environment rather than a deep archive MAM solution. The suppliers have been very quick to accept feedback from us – and to develop the solutions that are needed. All in all, it means that much higher levels of efficiency can be achieved for ITV Sport.”