Eurosport at 30: Emphasis remains on serving consumers in their own country and language 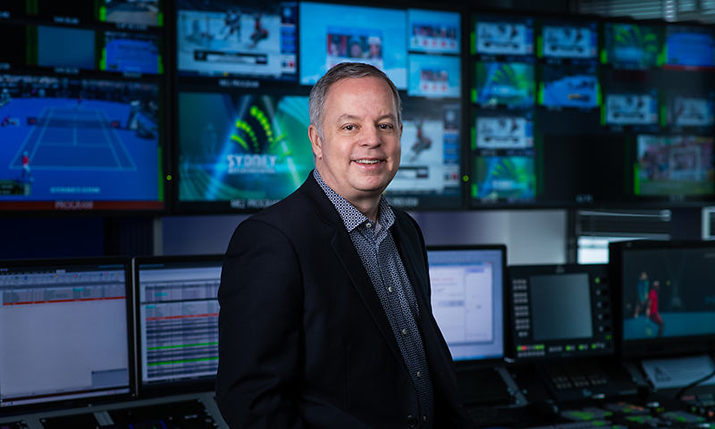 In an exclusive interview with SVG Europe, Gordon Castle, senior vice president, technology and operations, Eurosport discusses the milestones and successes of the channel and offers some thoughts for the future.

On 5 February 1989 Eurosport was launched offering a unique sports channel with commentaries in English, Dutch and German.

By 1993, the cost of securing sports rights had risen so much that it was decided that Eurosport and The European Sports Network (TESN) should join forces to provide one single programme service under the name Eurosport. That merger also involved TV Sports, Screensport and Sportkanal, and saw the introduction of the first single pan-European sports outlet on both the Astra and Eutelsat II satellites.

“From the Olympic Games, we’ve taken a ‘one team’ approach to what was previously our TV coverage and digital offerings, so we can control and optimise what is seen on every screen.”

One of the first to market with an over-the-top (OTT) digital streaming platform for sport, its Eurosport Player service is available in more than 50 countries across Europe and saw record subscriber numbers in 2018.

In an exclusive interview with SVG Europe, Gordon Castle, senior vice president, technology and operations, Eurosport discussed the milestones and successes of the channel and offers some thoughts for the future.

to what has become a wide-reaching outlet – but with localisation at a scale that has not been done before. And by localisation, I mean the fact that we produce content in 21 different languages and on a variety of platforms to deliver content that is locally relevant in each of the diverse markets we serve.”

Castle explains that he calls this approach ‘hub and spoke’ – in other words, the central creation of content that is then extended out across the relevant outlets. “From the Olympic Games, we’ve taken a ‘one team’ approach to what was previously our TV coverage and digital offerings, so we can control and optimise what is seen on every screen. That strategy is vital and ensures there are not separate teams in different buildings doing isolated things for a diversity of platforms. It is one integrated team, and that allows us from a technology, editorial and content standpoint to have an engagement with users that is unique.”

As someone who has been around the industry for many years, Castle says this approach overcomes the challenges of the past when it comes to the management of resources in order to meet the needs of fans across many sports and in different cultures. “This content management is far greater than I have seen elsewhere and enables a continent-wide brand to still achieve a local reach.”

On 1 January 2017 a unique partnership between Discovery Communications and the International Olympic Committee (IOC) saw Eurosport become officially the new Home of the Olympic Games in Europe. 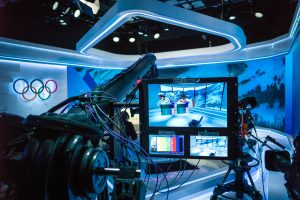 “That was a game-changer and is a key milestone,” emphasised Castle. “The reach of the Olympic Games in South Korea was better than had been envisaged. Consumers across Europe were served in a way that had never been achieved previously. And perhaps that explains why Discovery/Eurosport is one of the few media companies that has seen advertising revenue and subscription reach increasing, while others are shrinking.”

He cites the use of VR as an example of technology that has moved audience participation to a higher level. “Previously, an expert may have used a Telestrator to illustrate a point. But with the VR and AR technology we used in South Korea we were able to create an immersive experience that put athletes right in the middle of the analysis and have them explain what they were thinking at a particular moment, and what was going on in the action in a way they hadn’t been able to do without that technology.”

He says that many of the lessons learned from the Olympic Games have now been incorporated in other events such as the Australian Open tennis.

But it wasn’t just the technology that saw a significant advancement. The whole package of acquiring the rights produced a different approach to the broadcast and digital scene. 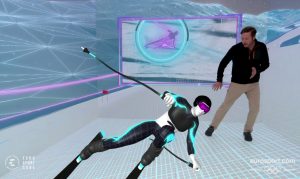 Europe, which allowed the company to embark on a mixture of our own production and distribution on our Eurosport channels and the Discovery Free to Air channels – such as those in Norway and Sweden,” said Castle.

“Beyond that, we had a clear plan to bring the Games to more people through sub-licensing with some of the biggest and best national broadcast partners. This unique arrangement positions us, not just as a broadcaster in the traditional sense, but truly as a content house and acting not just as a distributor, but using our in-house expertise to truly optimise distribution across all platforms.”

Castle believes this is an interesting mixture at different levels and is indicative of what is going on with the media world overall — the merging of roles that have been clear in the past but what is now becoming blurred.

“Eurosport is a leading-edge example of how well that can work. It enables us to make sense of the evolution that is happening in sports coverage. And that evolution involves looking to personalise content even more so that we can connect with passionate sports fans.”

“Frankly, [remote production] just makes sense. The problems of practicality that were experienced in the past have been essentially solved – or are so small they can be worked around.”

Eurosport’s digital services are key in that role. And Castle reports very healthy growth in that area. “Thirty years ago, of course, there were no digital services as we know them today. Again, our success in that area has come about by using the ‘hub and spoke’ approach we mentioned earlier. We have the content, and we now have the platforms on which to personalise what fans want to see. The pan-European TV channels remain as popular as ever, but now we can deliver unique offerings to consumers in the Netherlands, Germany, UK, Sweden, Norway – wherever – in the local language and specifically target the content.

“The overall aim is to serve fans, in their own country and in their own language. So, for example, in Germany Eurosport is seen as a premium, German sports channel designed and delivered for the fan communities in that country.”

Continuing in that direction, several initiatives are underway that see the way content being shared more effectively internally. Called the Eurosport Technology Transformation initiative, the outcome will fundamentally change how events are produced and how content is available to the rest of the business for both TV channels and digital properties.

“As one example, when it comes to graphics, we will evolve the products and the infrastructure behind them to enhance the consumer experience. We will manage the content more dynamically than before. It means that access to all the archives, all the streams, all the native languages, all the metadata, all the sports information will be available to the team. But crucially, it will allow us to dynamically recreate that graphics information on the tablet, on the phone, on the web site, as opposed to taking the image directly from TV.” 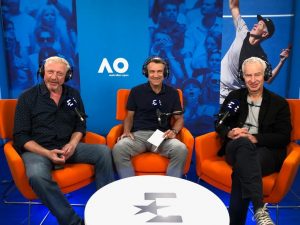 Castle says that the result will be the ability to create enhanced user-friendly graphics and configurations for a phone or other devices. “All of those plans are achievable because we are merging the information and the content levels. In short, all content will be available across all properties, both digital and TV, in whatever is the appropriate format.”

Eurosport used remote production for some of its Olympics coverage, but Castle is confident this will increase in the future. “Frankly, it just makes sense. The problems of practicality that were experienced in the past have been essentially solved – or are so small they can be worked around. Remote production allows so much more flexibility when it comes to handling staffing – and allows your key personnel to sleep in their own beds at night!”

He reveals that case studies show higher quality production and greater personnel satisfaction. “Of course, there is still some scepticism in some quarters and every media company will have its limit when it comes to opting for remote production. Maybe it’s the number of cameras needed for the event or the anticipated ad revenue – but at some point, there will be a time when using remote production will be decreed as preferable.”

Remote production will also allow minority sports to get shown where in the past it was not practical. “We have the luxury of having lots of platforms and an audience who want a broad mix of sports. Remote has made it more efficient so now we can address the niche sports.”

“Today, you cannot get through a discussion about technology without someone mentioning Artificial Intelligence (AI). AI is a priority for us on several fronts. One area of focus is metadata information generation.

“Being able to use that to create more detailed information about the events. and being able to do that in multiple languages. Another area for AI for us is to be able to create targeted content. Targeting the individual fan and making content that is specifically relevant for him or her. But overall, we can use AI to really enhance the overall consumer experience – by understanding user behaviour we can improve their experiences.” 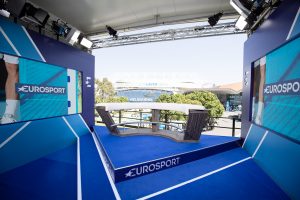 The studio used for this year’s Australian Open tennis

According to Castle, the pace of change is the biggest challenge facing all media outlets in the coming years. “That pace has never been faster. One of the exciting things about Discovery and Eurosport is the embracement of change. If you are not changing you are not evolving and that is bad news.

“The plans we have are all about being flexible. Our technology infrastructure has evolved over the past few years and it does a great job today. We have made a huge investment in our infrastructure and it will have benefits. But, while we are making huge steps forward with flexibility, you can be sure that within the next five years, the current thinking will be challenged again. We have to be ready for that uncertainty.”