Following its postponement in March the main tournament of the delayed 2020 French Open tennis at Roland-Garros commences this Sunday with broadcaster Eurosport adapting its innovative Cube presentation following success at the recent US Open.

Eurosport head of graphics and innovation Alex Dinnin told SVG Europe, “In the same way as the US Open, understandably broadcasters have an extremely limited presence on-site this year. We were considering having presenters and experts on-site but given the current climate we decided the safe and sensible choice was to anchor Eurosport’s coverage from our dedicated Eurosport Cube studio off-site. On the back of our successful US Open production, it seemed the obvious path to take.” 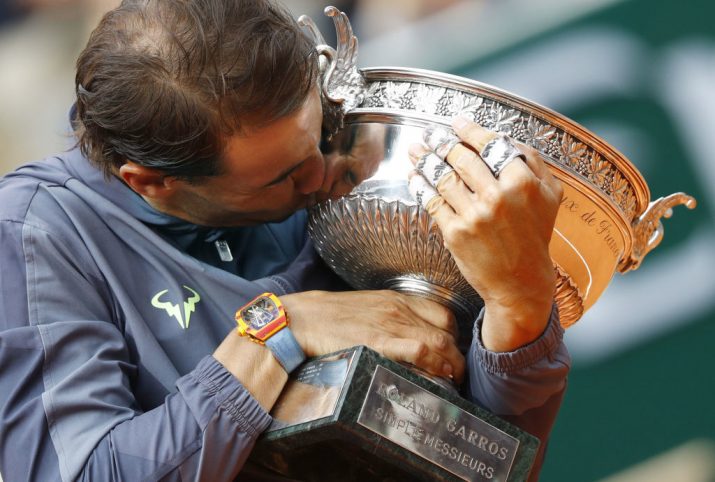 Three hundred hours of live coverage from the main Parisian Grand Slam tournament, which of course should have taken place in May, begins from Sunday. Ten courts from the qualification tournament this week, meanwhile, are being screened in over 50 countries and territories on Eurosport 2 and the Eurosport app.

Highlighting its commitment to telling local stories, in the lead-up to and during Roland-Garros, Eurosport is also producing additional digital shows in Italy, Denmark and Romania that focus on the fortunes of local players taking part in the tournament.

“The industry is clearly experiencing a different production environment compared to previous years,” 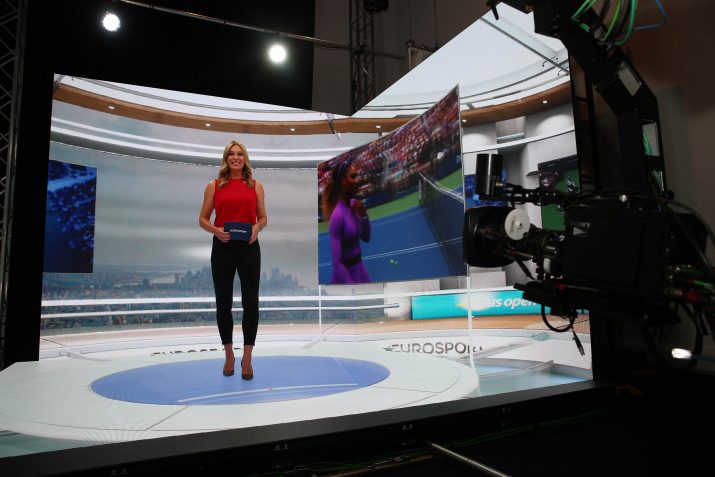 said Dinnin. “However, thanks to our established global remote production capability and innovative use of technology we will deliver an outstanding viewer experience and new depths of storytelling despite our experts and teams being located in different locations around the world.

“Our focus is to serve passionate tennis audiences with the best possible experience, as we bring innovations such as the Eurosport Cube to differentiate our offering and maximise fan enhancement on every platform. Our extensive coverage, available however fans choose, is designed to give fans a true 360-degree Roland-Garros experience wherever they are.

“Following its launch for the US Open, we are making some tweaks to the Eurosport Cube for Roland-Garros,” he said. “The look of the Cube, the graphics and animated backgrounds within the studio will be transformed to give the viewer the feeling of Roland-Garros, Paris and the clay courts.”

“The Eurosport Cube’s flexibility and our ability to adapt the environment with relative ease is one of its major advantages. This means we can go from one event or sport to another fairly easily and build a whole new experience.

“We have also decided to rotate the Eurosport Cube 45-degrees and it will now face the camera more directly as the viewer sees it. This allows us to add a third camera – one for each expert as well as a jib – which will give us more options and greater flexibility in the content we want to create in the Cube.

“In practical terms, Paris is much closer than New York [for the US Open] to the Cube studio in London, whilst we also have a Eurosport production hub in the city. This will make converting data even easier.

“From New York we had to convert 59.94 to 50i but we will not have this challenge for Roland-Garros given the reduced distance and our Paris facility operating on 50i. We were delighted at how smoothly our remote production and Eurosport Cube studio ran for the US Open, but this should remove one challenge we had to pay close attention to and overcome,” said Dinnin.

“From New York we had to convert 59.94 to 50i but we will not have this challenge for Roland-Garros given the reduced distance and our Paris facility operating on 50i”

“For Roland-Garros fans can enjoy the return of two tennis icons, John McEnroe and Chris Evert, to analyse the biggest and best moments from the Eurosport Cube. They will be joined by Mats Wilander and Barbara Schett anchoring our international coverage from the Cube in London.

“Boris Becker and Alex Corretja will also be beamed into the Eurosport Cube studio directly from their local studio locations in Munich and Madrid respectively to give their own expert perspective.”

To deliver the coverage in a COVID-secure way, can you give us a picture of what the live production team on the ground at Roland Garros in Paris will look like, compared to last year?

“The footprint on-site at Roland-Garros will be minimal, as you would expect, with one to two people at any one time working with the FFT [Fédération Française de Tennis] and host broadcaster representatives to look after the feeds being sent back to our production in London. 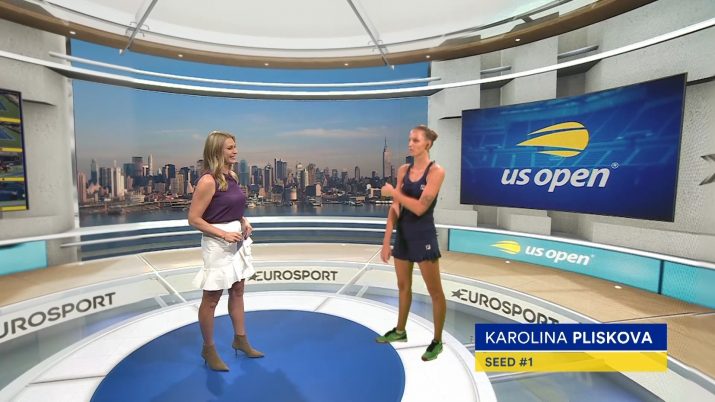 “From the studio in London we will produce all the segments in between the matches live from the Eurosport Cube with Barbara Schett and Mats Wilander, who will present from the Cube for the first time. Having two experts physically in the Cube will add to the experience but will require some slight re-configuration, ensuring adequate social distancing between them.

“The team at Eurosport’s production hub in Paris are cutting all the key features that will appear in our coverage and will be played through the Cube, whilst the core editing, replay producing and graphics work will be conducted from the London-based studio.

Which facilities providers are you working with this year and in what capacities?

“We are fortunate to work with a range of outstanding partners in support of delivering our Roland-Garros coverage. We are operating from White Light’s studios in London. We worked together to create the Eurosport Cube – which has been a long term partnership from PyeongChang 2018 and saw us continuing to innovate to what you see today and looking ahead to Tokyo 2020.

“Nikon and its partnership with Dimension Studios support the instruction of the set and help bring the Cube to life. Deltatre delivers on-screen graphics and AR graphics in the Eurosport Cube studio.

“Gravity Media supports our back-end kit and related technical requirements. For the original design of the set we worked on with Toby Kalitowski (BK Design Projects) which served us brilliantly for the US Open.

You introduced event-based commentary for the US Open, providing more full live commentary across the courts. What are your plans for commentary options for Roland-Garros?

“Localisation is such a key part of the viewing experience, so it is fantastic to see our team build on the event-based commentary we launched for our US Open coverage.

“We will be taking advantage of the same event-based commentary solution for Roland-Garros, where each match from the main show courts will be commentated in full and we will have the option of live commentary for all other courts. 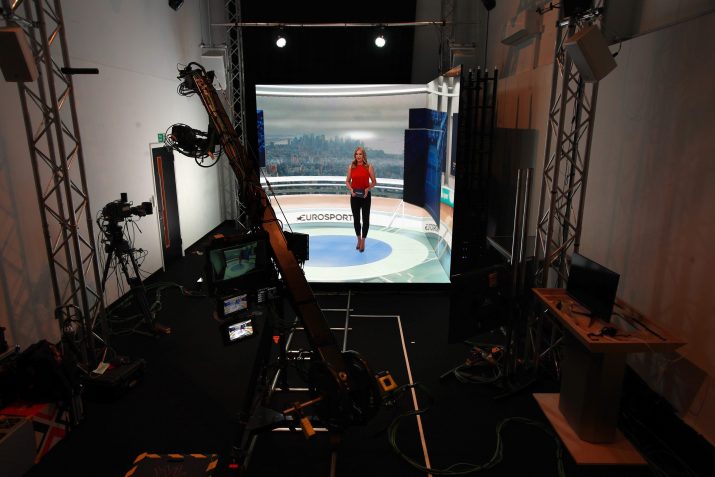 on the main courts already featuring commentary – meaning fans watching on our digital services will have the best possible viewing experience when following their favourite players from their home nation.

“We will be producing a range of local programming, content and formats for Roland-Garros, leveraging local studios as well as the Eurosport Cube. In Germany, the dedicated Matchball Becker show will return and see Boris Becker out front analysing the best of the action.

“Alex Corretja will be the key analyst in Eurosport Spain’s Pasando Bolas show, Henri Leconte will feature in Eurosport France’s ESP Tennis Club and Roberta Vinci amongst others will provide analysis and commentary for Eurosport Italy’s local coverage. Jonas Bjorkman and Thomas Enqvist will be the main tennis experts for Eurosport’s localised coverage in Sweden,” said Dinnin.

The FFT has worked with the French government to prepare for the tournament and set out suitable measures that will ensure the health and safety of all people present. “We are delighted that our discussions with the various international tennis authorities have allowed us to extend the 2020 edition of the Roland-Garros tournament to three weeks,” said FFT president Bernard Giudicelli.

“In the current, difficult climate, we are well aware that it is a privilege to be able to hold Roland-Garros in its usual format — especially since the qualifying tournament will help to financially support a category of professional players who have been severely affected by this unprecedented crisis.