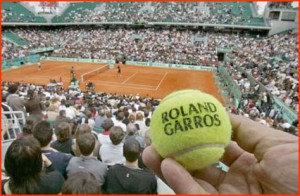 Eurosport will broadcast the 2012 French Open — Roland Garros Live, in 3D, via Sky in the UK market. The Global sports channel will broadcast a Live 3D feed from Centre Court at Roland Garros from May 28 to June 10, and it will be available to UK sports fans, non-exclusively, via Sky 3D TV. It will be the third consecutive French Open tournament to be produced and available for fans in 3D.

Jean Thierry Augustin, Eurosport’s managing director of Rights Acquisition, Distribution & Development, says: “Eurosport was the first broadcaster to present live tennis in 3D with the French Open in 2010, and this agreements with Sky will give the British public an opportunity to experience live Grand Slam tennis in 3D. Eurosport has already committed to broadcast over 100 hours of 3D content from the London Olympic Games this summer, ensuring an even wider variety of sports can be viewed in this innovative way. In January 2012, Eurosport extended its relationship with the French Tennis Federation for a further three years to reinforce its position as the leading live-tennis channel in Europe.”

John Cassy, Director of Sky 3D, comments: “We’re delighted to be partnering with Eurosport and bringing our customers live action from the French Open, as well as the first 3D Olympics this summer. By working with channel partners and continuing to invest heavily in our own 3D sports coverage, we’re able to offer our customers a fantastic array of sport in 3D this summer, with football, rugby, cricket, and tennis all available in immersive 3D over the next few months. Thanks to our ongoing commitment to 3D, Sky 3D customers can look forward to a monumental summer of sport.”

Further deals regarding Roland Garros in 3D will be announced in due course.