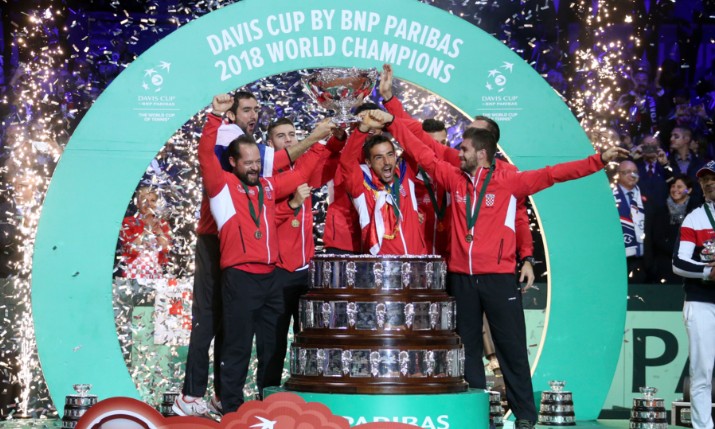 Eurosport has reached a two-year TV and digital rights partnership with the International Tennis Federation (ITF) to show the Davis Cup finals in six of its markets.

Viewers in the UK, Norway, Denmark, Sweden, Finland and Iceland will be able to watch the men’s tennis finals live on Eurosport and Eurosport Player and on-demand via Eurosport’s digital platforms in 2019 and 2020.

This year’s finals event, which has been transformed into a one-week tennis “extravaganza”, will take place in Madrid’s “La Caja Magica” between 18-24 November.

Eurosport is promising to provide viewers with “new camera angles and augmented reality” to enhance their viewing experience.

Laurent Prud’homme, SVP rights acquisitions and syndication for Eurosport, said: “There is great synergy between the Davis Cup and Eurosport with both synonymous with passion. The Davis Cup always brings out incredible displays of patriotism in all players representing their home country, while at Eurosport we continue to power people’s passions for tennis by delivering the best events to millions of fans across the continent.

“We are delighted to partner with the ITF and Kosmos for this event, an agreement that serves to reinforce Eurosport’s position as the Home of Tennis in Europe.”

The final of the 2019 Davis Cup will take place at the 12,500-capacity Manolo Santana Stadium in the Caja Magica Complex on Sunday 24 November.

On 22 October Eurosport announced that it had agreed multi-year deals with ATP and ATP Media to screen the ATP Tour in the Czech Republic, Hungary, Romania and Slovakia. It already has agreements in France, Finland, Iceland, Norway, Sweden and Russia.

The deal is exclusive which means BBC Sport will no longer be showing matches in the UK.