Eurosport to deliver 1,000 hours of tennis from all four Slams in 2017 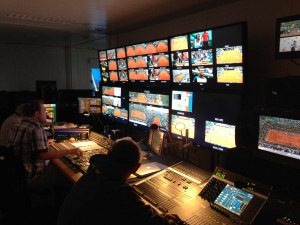 This year will see Eurosport and the Eurosport Player deliver almost 1,000 hours of live top level tennis, showing every Grand Slam match from every court starting at the Australian Open this month. Tennis experts will offer fans their insights into the game throughout the year with Mats Wilander, Barbara Schett, Alex Correjta and Patrick Mouratoglou leading Eurosport’s international coverage.

American tennis icon John McEnroe returns to take the reins as Eurosport’s self-appointed Commissioner of Tennis at the first Grand Slam of the year in Melbourne.

Mats Wilander said, “In everything we do at Eurosport, it is fans first. And in 2017 we are relishing the opportunity to take our coverage of the Grand Slams to a whole new level. We offer unrivalled coverage of each Grand Slam from some of the best analysts in the world.

The use of enhanced augmented reality such as the 3D Universe will underpin The Coach, returning in 2017. Presented by Serena Williams’ super-coach Patrick Mouratoglou within Game, Set & Mats, The Coach will delve deeper before into the strategies of players, why matches played out as they did while also casting an expert eye on the forthcoming matches at each Grand Slam.