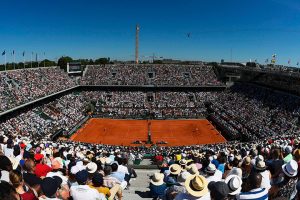 Eurosport is to launch a new 4K channel exclusively for the French Open tennis that will broadcast every match from centre court in Ultra High Definition (UHD).

The channel will be branded as Eurosport 4K and will be available for the duration of the tournament from Sunday 27 May to Sunday 10 June.

Eurosport 4K will air in the UK, via Sky Q and Virgin TV, and in France (Canal), Germany (HD+) and Spain (Orange). More markets are expected to be confirmed shortly. Eurosport said.

As well as being its first UHD coverage from Roland Garros, the move also represents the first time that Eurosport has broadcast a live sporting event in UHD to multiple markets at the same time.

Emir Osmanbegovic, senior vice president of sports content and production at Eurosport, said: “We have already taken our coverage to a whole new level through short formats such as The Coach which combines analysis and technology through a mixed-reality studio. Eurosport 4K is the most immersive viewing experience available and we are delighted that tennis fans across Europe will be able to experience the drama of Roland Garros in this way.”

Eurosport has shown every Roland Garros tennis tournament since 1989.

UHD coverage of the French Open will be available on Sky Q from Monday 28 May for customers with the appropriate viewing equipment.