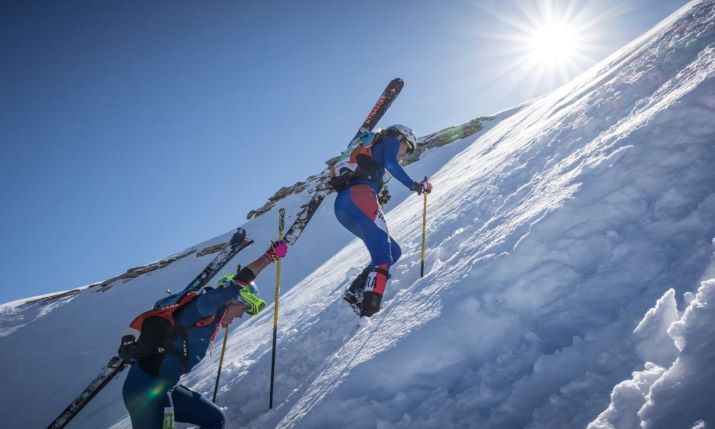 Eurovision Sport tested innovative solutions for contributing, producing and distributing content through the cloud in a proof of concept that will inform its production goals for the ISMF going forwards

At the International Ski Mountaineering Federation (ISMF) World Cup Finals in Flaine, France from 6 to 9 April 2022, Eurovision Sport tested innovative solutions for contributing, producing and distributing content through the cloud in a proof of concept (PoC) that will inform its production goals for the Federation going forwards.

“The main goal of this PoC is working out the feasibility of live cloud-based productions under difficult conditions. Should it be the success we anticipate, it will be something we can work on this season to start from next season onwards with this set up, fully cloud and not something hybrid, which is what we have today”

Eurovision Sport is working with the ISMF to turn the niche sport of ski mountaineering into an Olympic-ready discipline in time for the Winter Games in Milano Cortina in 2026.

Eurovision Sport struck a five-year host broadcaster agreement with ISMF which began last year from the start of the 2021-22 season. It is now in the middle of its initial season with ISMF.

As part of the immediate preparations for next season, which begins in November 2022, Eurovision Sport arranged a showcase of cloud technologies to enable technology providers Live U and SimplyLive to demonstrate how they can enable the host broadcaster’s goals for the ISMF, as well as showing sports organisers what can be achieved with a new broadcast approach.

You can hear more about how Eurovision Sport is working with ISMF to go fully remote using cloud technologies at this week’s Remote Production Workshop on Wednesday 13 April. Find out more and register here 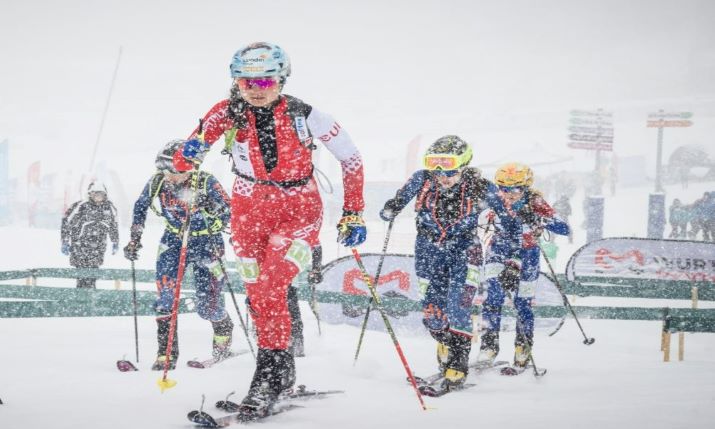 Franck Choquard, head of content and platforms at Eurovision Sport, told SVG Europe: “This is about us sharing our views and ideas on how technology could facilitate certain use cases for the wider [broadcast] community. Alongside our partners LiveU and SimplyLive, we are really looking at how to integrate local contribution using public internet, mixed into cloud-based production solutions, together with Flowics solution for graphics.

“We are able to deliver 100% cloud-based production solutions, where everything from camera to broadcasters and OTT platforms will be full cloud-based using bonding technologies, cloud-based mixing, graphics and more.”

Choquard comments on the aim of the PoC: “The main goal of this PoC is working out the feasibility of live cloud-based productions under difficult conditions. Should it be the success we anticipate, it will be something we can work on this season to start from next season onwards with this set up, fully cloud and not something hybrid, which is what we have today.”

The point of the trial is not only for Eurovision Sport’s benefit with ISMF and other sports, but also for broadcasters dedicated to producing content to be able to take and learn from its findings and conclusions.

Explains Choquard: “In parallel we want to demonstrate together with our partners and the broadcasters the philosophy of them moving to cloud-based production. Our goal is to offer more content and solutions for broadcasters, either to take a produced feed as they would do today, or to have the capacity to enrich using any kind of remote production that they want to use, on prem or cloud based, or some instance of our own solution to be able to create content.” 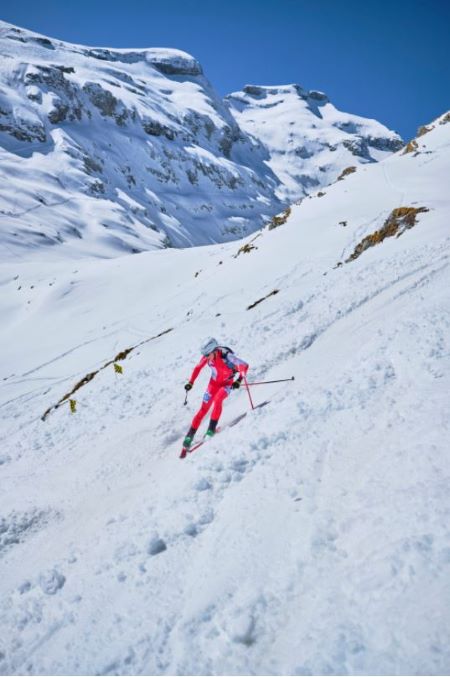 Eurovision Sport’s PoC at the ISMF World Cup Finals in Flaine, France, covered contribution between the venue to the cloud, production, and distribution

The PoC covered contribution between the venue to the cloud, production, and distribution. For contribution (venue to cloud), two areas were explored: quality comparison between SRT and LRT (LiveU protocol) for connecting remote cameras (ENG, PTZ, drone), looking specifically at codec quality, latency, reliability (local internet versus bonding technology), physical receiver (on site) versus cloud based one; and usage of SimplyLive’s Venue Gateway to contribute local signals and connect programme feeds to local screens.

The learnings from this area, says Choquard, were that, “having physical receivers on the cloud offers more flexibility in term of distribution to takers, and there were less challenges in term of local IT infrastructure (opening of the ports, etc)”.

However, he notes that, “additional latency due to protocol conversion (LRT to SRT or LRT to NDI) needs to be optimised and having multiple sources of internet access is key for success and SLA increase”.

On the production aspect of the PoC, usage of cloud-based production elements were tested. This showed that mature technology to facilitate the exploitation of certain solutions such as graphics (together with Flowics) or slow motion (with SimplyLive’s ViBox SloMo) were successful, and there was no impact in term of usability for the operators.

Postively, Choquard adds that, “less infrastructure was needed on site and we had additional flexibility to create innovative architecture on the cloud without the need of increasing local bandwidth, and it was easy to connect on prem with low latency solution (less than one second)”.

Also, Eurovision Sports tested a full cloud-based production. This showed there was no major impact in term of usability for the director, and there was the possibility to distribute synchronised programme and original sources to multiple takers in SRT. The solution also enabled the production to minimise its footprint on site. 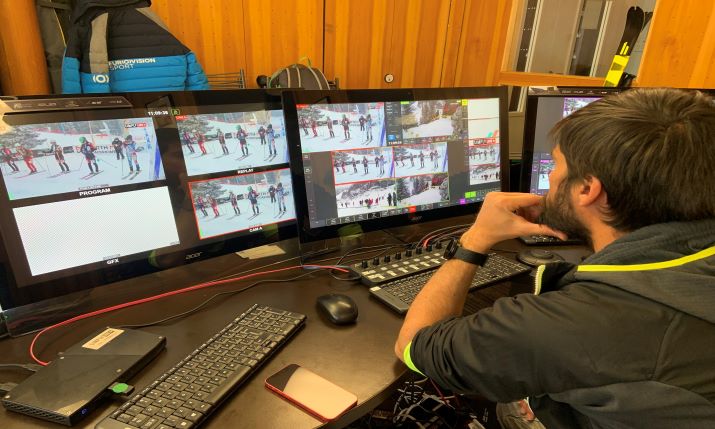 Choquard warns that the need, “to optimise the local internet (multiple sources) access to minimise risk of [lost] connectivity to the cloud,” was a must for this solution.

Engagement with broadcasters to evaluate best solution showed that an interoperable SRT stream (with some security or IP limitation at the receiver side) was needed, and a proprietary solution such as LRT was needed within a managed network.

However, Choquard added: “This was a reliable solution as cloud to broadcasters’ premises is very solid, but we need to increase the SLA and overall reliability of the local internet access to make this successful.”

Eurovision Sport will work with Grass Valley and Mavis on a PoC at a later date in a live test to complete its plan for end to end cloud production, but it is now committed to going into the next ISMF season using a fully cloud-based production.