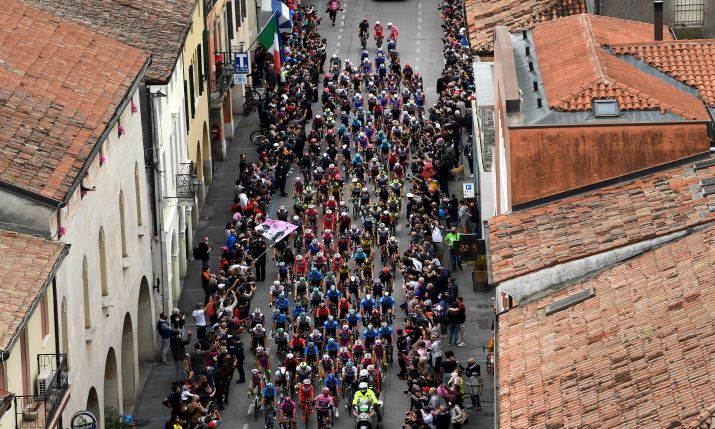 Every stage of the Giro d’Italia is to be made available live and on demand across Warner Bros. Discovery’s platforms, in more than 200 markets from 6 May.

Uninterrupted streaming coverage of the year’s first Grand Tour will be available on discovery+, the Eurosport App and GCN+ as Eurosport celebrates its 25th year of TV coverage.

The 105th edition of the year’s first Grand Tour begins with a historic stage from the streets of Budapest – the first time Hungary has hosted a Grand Tour – with every minute of coverage produced from all 21 stages available to stream live and uninterrupted on discovery+ and GCN+. Each race, including 110 live broadcast hours, will also be covered for television viewers in 50 markets across Europe on Eurosport which, in 2022, will be celebrating its 25th year of live Giro d’Italia coverage.

Scott Young, SVP content and production at Warner Bros. Discovery, said: “We have already been serving viewers with the best live racing alongside real life entertainment on discovery+ this year as well as bringing the widest range of cycling content to superfans via Eurosport and GCN+, so naturally we’re excited to celebrate the start of the Grand Tours across our channels and platforms.

“We will be harnessing the full scale and reach of our network by bringing the live action to more than 200 markets globally with localised content and expertise including some of the biggest names in the sport underpinning our coverage. We have a proven track record of engaging the widest audience by taking this approach and look forward to telling the stories from the Giro to millions of viewers globally this year.”

This year, Discovery’s peloton of international cycling talent boasts local experts with more than 150 combined Grand Tour appearances between them including two Tour de France winners Sir Bradley Wiggins and Alberto Contador who will form a key part of its on-site coverage. Wiggins and Contador will also be back in the saddle on a motorbike reporting live alongside the riders, providing real time insights and analysis during key stages for viewers across the globe.

GCN+ subscribers can enjoy a feast of additional features and content celebrating the Giro d’Italia with the World of Cycling show and exclusive documentaries available to stream on-demand including episodes of GCN’s Legend series which charts the achievements of some of the sport’s greatest ever riders including Discovery’s Alberto Contador and Jens Voigt as well as Andy Schlek. Additional documentary content during the Giro includes Fully Charged: The rise of the e-bike; The Art of the Breakaway; Mountains (The Greatest) and Race Across Italy.

Contador, Discovery cycling expert and two-time Giro d’Italia winner, said: “It’s a pleasure to be with Eurosport for another year because it allows me to continue enjoying this sport as I like it best and seeing Eurosport’s commitment to cycling makes me even more excited.

“This year’s Giro is very demanding from day one – it’s a very interesting route this year. I think that due to the difficulty of this year’s race, we are going to see one of the best editions in recent years. The riders will have to give their best and push their limits to be able to keep up with the pace of this race, I can’t wait for it to start.”

Live coverage of the ‘grande partenza’ – a flat 201km stage from Budapest to Visegrád – begins on Eurosport 1, discovery+ and GCN+ on Friday 6 May from 12:10 CEST with local post-race studio shows to follow the racing in key markets. In customary fashion, the Giro will conclude its 3,410.3km route with a dramatic all-out battle for glory in the final individual time trial during stage 21 from Verona on Sunday 29 May.

The build-up to the race will be complemented by a dedicated marketing campaign set to air on Discovery’s linear and digital platforms. Entitled, Il Grande Casino, the on-air spot captures the unpredictability and volatility of the 21-stage race as riders face taking huge gambles in the battle for the pink jersey.

Discovery is the global rights holder for the Giro d’Italia after it signed a long-term agreement in 2021 with RCS until at least 2025 with exclusive coverage in more than 200 markets and territories. Eurosport has shown the Giro in Europe for 25 years after it first broadcast the multi-stage race in 1998 and this year will be the first edition where Discovery will offer coverage in Mexico, Central America, Latin American and the Caribbean via GCN+.

Discovery’s coverage of the Giro d’Italia follows its announcement that it will be delivering 1,200 live hours of cycling across more than 600 broadcasts of the world’s best men’s and women’s races in 2022 as part of its biggest year of cycling in all its forms yet.

Its coverage of the Giro d’Italia follows a strong start to the cycling season across digital platforms with a 6% increase in unique video viewers streaming cycling content on discovery+ and the Eurosport App in key markets. Visitors to Eurosport.com who are consuming cycling content have also increased by more than a fifth (21%) with video views rising by 17% from 2021 in what was a record year for Eurosport. Similarly, Eurosport’s TV channels have delivered year-on-year audience share growth in key markets for its cycling coverage including the UK (+22%) and Italy (+34%) as well as a record number of viewers in Italy and France watching this year’s edition of Paris-Roubaix.