Evolving times: Supponor looks into the future of remote production, artificial intelligence and the cloud 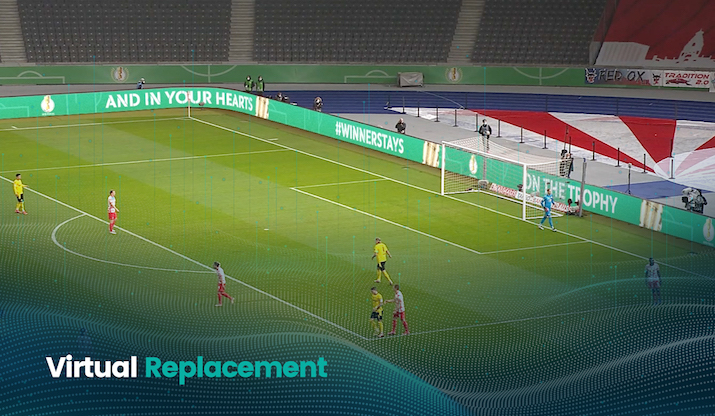 In many ways, 2021 has felt very much like a continuation of 2020. It contained several of its major events — Euro 2020 and the Tokyo Olympics among them — and while we did not move out of the pandemic, we did further refine the way that we broadcast sporting events during it. That fevered burst of innovation that was required to get sports broadcasting up and running again in summer 2020 gave way to a more considered optimisation of the various models that had been developed. We can now look ahead into the post-pandemic world, which we very much hope will be 2022, and make a few predictions about the landscape.

The shift to remote production is permanent

This is a genie that is not going back into the bottle. The advantages of remote production, from a cost, operational and sustainability point of view, are too great for the industry to go back to the old model. Also, the investment in the technologies to support it, from the building of remote production hubs and galleries to the way that vendors have had to either totally rearchitect their solutions, or at least redesign their feature sets to reflect the new operational paradigms, have been too extensive as well.

Many of the broadcast products used in live production have lived in trucks and were used at venues. Crews were trained to use them that way and they assumed local connectivity to other things in the same chain. That is all changing, fast. The industry is having to get used to a new way of thinking and a new way of operating. There are definite optimisations that can be made in the new workflows. We expect to see greater efficiencies in production hubs for instance, which will eliminate downtime and increase throughput, even shifting to 24/7 operation and tracking the sporting day around the globe.

There are a couple of key issues here. From the operator side there are potential concerns surrounding cybersecurity that the industry has never really had to deal with before. In the old OB model, close-knit teams operated in confined spaces right next to their equipment. In the new model, the workflow can be distributed across continents and even into people’s houses. Coupled with the move to IP-based forms of production, this greatly increases the potential attack surfaces for video piracy and event sabotage. As an industry we have always concentrated on combating video piracy at the distribution end of the workflow, we need to start thinking more about the production side of the equation now too.

The industry also needs more tools that reflect the new way of working. This is primarily a software engineering problem, nowadays, and developers need to look at their programs and rearchitect them for remote access. Instead of having a package that ran on Windows that you knew was being physically interacted with via an attached screen, keyboard and mouse, you now need one that runs in a browser and can be accessed from pretty much anywhere.

We are seeing AI increasingly employed across the broadcast industry for varying use cases. Elsewhere it is starting to move on from its initial role in automation, but live sport tends to be slightly more conservative when it comes it deploying new technologies and so it is only just starting to make inroads into this space.

Automation will be its main use here through 2022 initially too, and we are already seeing lower tier deployments of camera tracking and more high-profile uses of it for clipping and tagging. How quickly these deployments will percolate upwards to become a mainstay of regular top tier sports broadcasting is unknown, but it is definitely something that is on the way.

Beyond automation, the visual intelligence provided by recent advances in AI-based computer vision will simplify workflow integrations in live productions and provide a powerful new set of creative tools that will aid storytelling and fan engagement.

This is another technology that is perhaps being used more elsewhere in the broadcast sphere, especially when it comes to editing and media asset management, but it is more cautiously being adopted by live production.

Live broadcast chains have traditionally required high bandwidth and highly deterministic infrastructure to cope with the real-time, highly available nature of live production. Bare metal servers and baseband video have been the order of the day – in OB trucks and more recently in remote production facilities. This has kept such workloads outside of the public clouds and the hyperscale data centres that power them.

However, things are beginning to change. Broadcast vendors are adapting their software to operate on virtual machines with virtual GPUs, and recent advances in low-latency, lightly compressed codecs are bridging the gap between supply and demand. Cloud vendors, meanwhile, are introducing bare metal instances and baseband-capable networks to better serve the most demanding broadcast workflows. Somewhere in the middle lies a future where the cloud becomes a viable live production environment, and 2022 will see tangible progress in that direction.

Finally, when you add all this together you have the ability to produce high-quality sports coverage at lower costs than ever before. With consumer demand for content continually expanding, that makes 2022 a fabulous opportunity for lower tier and more niche sports to reach broadcast audiences.

We have, of course, been here before. When online streaming first emerged as a real and practical way of delivering television, there was huge excitement that this would mean all sorts of lesser-known sports and lesser-known venues, games and clubs would be able to reach new audiences. That did not really happen because the operational model was still the same, as were the costs. It is one thing to be able to deliver and distribute content in a more flexible, less expensive manner, but if the entire production costs are the same then the savings are only marginal. Where we are heading though is a model with lower production and distribution costs, and that is going to be really exciting for all concerned.