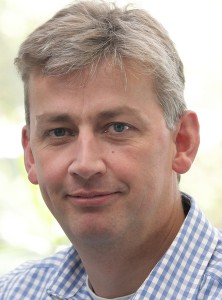 EVS Broadcast Equipment has appointed Joop Janssen as Managing Director and CEO of the company. Jansen recently served as Chief Executive of the Vitec Videocom Division. He will start officially at EVS on September 3, 2012 and he will formally become Managing Directorvafter a general meeting of shareholders to be held at the end of August.

Pierre Rion, Chairman of the Board of Directors of EVS, said Janssen’s appointment is a very important step in the further growth of the company. “EVS will certainly benefit from his experience of managing different companies in different cultures, his deep knowledge of the broadcast industry and his strong personality,” says Rion. “We are really keen to have Joop on board with us.”

Prior to joining Vitec Janssen was VP and General Manager of Phillips Broadcast (formerly BTS) North America where he was instrumental in the successful divestment to Thomson Multimedia and the subsequent acquisition of the Grass Valley Group. He has held senior and executive management positions including those at Philips Electronics Digital Networks in France and Philips Business Electronics in the Netherlands. Mr Janssen holds a Master in Electronic Engineering from the Eindhoven University of Technology (NL).