Extreme sports: Case Productions’ Selim Kemali on filming from Antarctica to the volcanoes of Kamchatka

Extreme sports are exactly what they say on the tin: tough, intense, geographically diverse, and sometimes bordering on the edge of sanity in their wildness. Filming those sports takes a company, and staff, with a sense of adventure and a desire to go to great lengths to get the shot. One such company is Case Productions, run by Selim Kemali, a buccaneer with a taste for adventure. 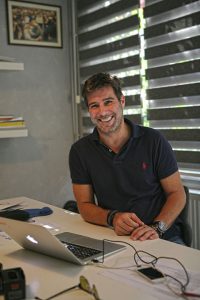 Case Productions specialises in extreme sports coverage for a wide range of clients, from F1H2O, to Red Bull. Speaking to SVG Europe, Kemali says: “Over the years we have worked with many, many brands across the globe, but I would say that Red Bull is definitely the one client with whom we always push boundaries. We have shot an F1 car at an altitude of 18.500 feet where we had to build specialised equipment, we have spent over a month in Antarctica scaling cliff faces, we have endured the scorching heat of the Arabian deserts, filmed an F1 car doing donuts on a helipad on top of a building, and much more!”

Kemali has had some fun over the course of his existence, from competing for the Camel Trophy through the jungles of Borneo, climbing Mount Everest, ice climbing while filming in Antarctica, and even filming from inside a live volcano in Kamchatka. On what started him out on his life of adventure, he says: “My childhood was spent in a big house with a big garden and a forest behind it, and hence most of our playtime was spent climbing trees and running on the roof. The fact that we were also near the sea meant we would spend hours in the sea everyday during the hot summers in Istanbul. Games played were always about who could climb higher up the tree, or jump from the higher branch to the ground, or jump from the highest rock into the sea, or who could dive the deepest or stay the longest underwater. 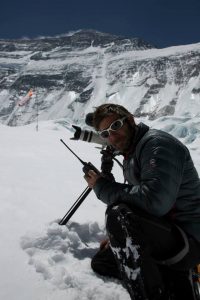 “Our lifestyle was very much suited to the outdoors, and hence I started developing a sense of adventure at an early age,” he explains. “Upon moving to the UK for school I quickly became engaged in most sporting activities and played a variety of sports for my school and later for uni. In fact I started the dangerous sports club at the University of Hull, and started organising bungy jumping trips to Normandy, and white water rafting excursions to Wales.”

After university, Kemali’s career took a natural turn towards jumping off of high things: “The first business I ever started was a bungy jumping site at the popular tourist resort of Bodrum, Turkey. I then went on to work for RJ Reynolds Tobacco as special events coordinator, and then eventually ended up in the production business. Again, because of all the sports and events I had been involved in either as an individual or at a corporate level, I was surrounded by event and sports related people, and thus it was only natural that as a production company we started getting sports and event related jobs.”

Red Bull spotted the edge that Kemali bought to production, he says: “With the arrival of Red Bull on the production scene we were the obvious and natural choice for them, and once Red Bull international caught sight of our work we started getting some of the toughest and most dangerous projects in the world. As such, we have spent time in the freezing temperatures of Antarctica, the sulphuric air of the volcanoes of Kamchatka, we have had to scale most of Mount Everest, and Mount Shivling in the Himalayas, not to mention the scorching desert heat of the Middle East in midsummer. So far nothing has proved itself too tough, and we have always returned from all expeditions with great results.” 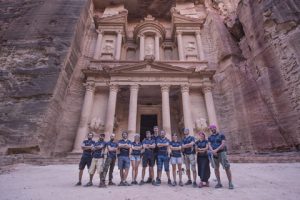 Part of the Case Productions team on location at Petra, Jordan

It was all a great fit for Kemali’s personality and previous career experience, he notes: “For myself, it was a very natural transformation to combine my adventuring lifestyle with production. Due to my past experiences and usual activities, we were being called in for jobs that required a little extra element of danger of complication. Add to that my adventuring lifestyle, and the corporate experience of running events for one of the biggest tobacco companies on earth, and it meant that I was very meticulous about detail and preparation,” he states.

Filming extreme sports is all about painstaking preparation, says Kemali. “In those sorts of [extreme] environments you never really get a second chance to shoot the action. In contrast to almost most TV commercial-style productions, we were being expected to deliver that quality in extreme sports clips usually with not very high budgets,” he continues. “Everything has to be planned and executed perfectly and everyone has to be in the right place at the right time. The biggest lesson along the way I think was that you have to react very fast to changing situations and make some very critical decisions very, very quickly.” 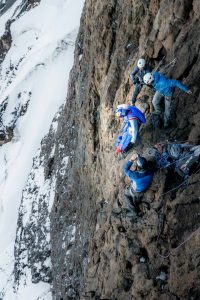 People’s lives are sometimes at stake in these kinds of filming situations, warns Kemali. Personal intuition and common sense is important, he states: “Sometimes these decisions have made the difference between life and death. Weather at altitude can change very fast, and there have been times when I have either pushed for a base jump or other such extreme activity either earlier than planned or asked to delay or have changed the plan of action completely. Adapting to changing conditions very quickly makes the difference between success and failure, and even though months of planning may have gone into a shot, it is usually spontaneity that saves the day.”

Case Productions has been in the making now for 23 years, starting as a very small company. It has now grown into a multi-location business with a big network of freelancers around the world. Kemali adds: “Right now I believe there isn’t a continent that we haven’t worked on. As we travel, we always meet and collaborate with local teams, and this is where we find our talent. The company is extremely mullti-national in its staff and freelancers and we find that people are keen to work with us, and so we end up picking up good talent from all over the world from different projects that we work on.

“This also helps us evolve I believe,” Kemali continues. “When people with different styles and different points of view collaborate on projects, it helps us push the bar further, and also to keep our products looking fresh. When I look back now on some of the work that was good for the time, I almost blush at how amateur it looks to us now. Don’t get me wrong, I am not saying it is not good, but it was good for the day and videography styles are ever evolving so that something you may have produced just a couple of years ago can already start looking old school. 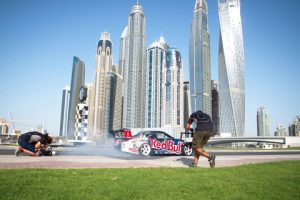 “So we do put a lot of emphasis on finding young talent and we have an ethos of letting everyone have a go. We have producers who have turned into very successful directors, production assistants who became editors, or DoPs etc. There are no clear lines where we will stop someone from trying their hand at another position within the company.” 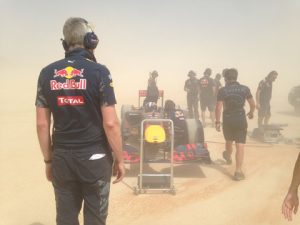 Case Productions at work in the desert

Balancing the team with the client’s expectations can sometimes be an added challenge, Kemali says. He comments: “The biggest challenge is usually the fact that the dreams are always big but the budgets are small or not sufficient to fulfil those dreams.”

Because of the far-out nature of the work Case Productions carries out, it is hard for clients to understand what is needed to capture the footage, Kemali says. “Clients very rarely understand the full scale of work and preparation and equipment needed to shoot what they have conjured up in their imagination. This requires a very delicate balancing act of trying to keep the client happy by staying true to the concept, and also making it affordable and doable.

“We find that we very often get involved at an early stage with the client and then continue to develop the concept and guide them through the creative process, knowing we can deliver what we are promising,” he adds.

Concluding, Kemali says that sometimes, inventiveness within the Case Productions team saves the day and keeps the client happy: “We always end up finding some very low tech and affordable solutions to some problems where only big budgets would allow for that shoot. We do have a very good technical department who are capable of building equipment, thus allowing us to be very flexible and creative, thus always delivering to the needs of the client.”