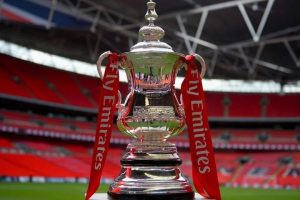 BT Sport will broadcast the 2018 FA Cup final live in 4K with Dolby Atmos sound, and make 360-degree highlights of the game available online, as it uses its position as host broadcaster to bring all of its recent technology innovations together in one place.

Viewers watching Chelsea vs Manchester United on the BT Sport 4K UHD channel will be able to benefit from the extra picture clarity and the enhanced audio while BT Sport App users will be able to see VR highlights with or without a headset.

Although both Dolby Atmos and 360-degree pictures are now part of BT Sport’s standard offering, this will mark the first time that BT Sport has made coverage of the FA Cup Final available this way.

At the same time, BT Sport will be extending its mobile broadcast trials, making coverage of the Cup Final available in HD HDR via a public cellular network for the first time.

Speaking to SVG Europe ahead of the final, BT Sport chief operating officer Jamie Hindhaugh said: “As we’re the host broadcaster, that gives us opportunities like it did for the Champions League final in Cardiff last year. This year’s Cup Final is the culmination of all of the different things that we’ve trialling and launching through the year as regards innovation.

“The thing I love about the FA Cup is that it is oldest cup competition in football and we’re treating it with the most innovative technology,” he added. “That feels really nice. Each of these [elements] in their own right is pretty big.”

The 2018 host broadcast feed and the 4K output will be produced from a single truck, provided by OB firm Telegenic. BT Sport presentation will also be done in 4K.

In addition to the linear TV and 360-degree elements, BT Sport will also carry out a mobile viewing test, broadcasting a live HD HDR signal to a limited number of devices around the country.

“It will be similar to what we did with the Champions League except this trial is over the network,” explained Hindhaugh.

“A small number of people with the latest smartphones and a cloned version of our app will be able to receive the HDR variant. It is a step on from what we did before which was all within a controlled environment within the stadium. What we are trialling is a public offering basically.”

The previous HD HDR test to mobile took place in March during Spurs’ Champions League quarter-final match against Juventus. On that occasion, the trial saw HDR pictures broadcast to a beta version of the BT Sport App on a range of devices within Wembley stadium.

Although BT Sport will be capturing the FA Cup Final in HDR, it will not broadcast the pictures.

Hindhaugh said: “We’re doing this as a continuing proof-of-concept. It will be in 4K with Dolby Atmos to capture that experience for archive if nothing else”

As things stand, Hindhaugh is not convinced that there is a need for linear HDR broadcasts.

“I’m still a great believer that there are not enough screens out there or devices compatible to be able to tell you to take the HDR rather than the SDR feeds. It feels wrong to say we’re going to broadcast the HDR coverage and to say it’s backwards compatible when no one can actually watch it in HDR. We’re simply continuing with our live trials, fine-tuning what we do and how we do it.”