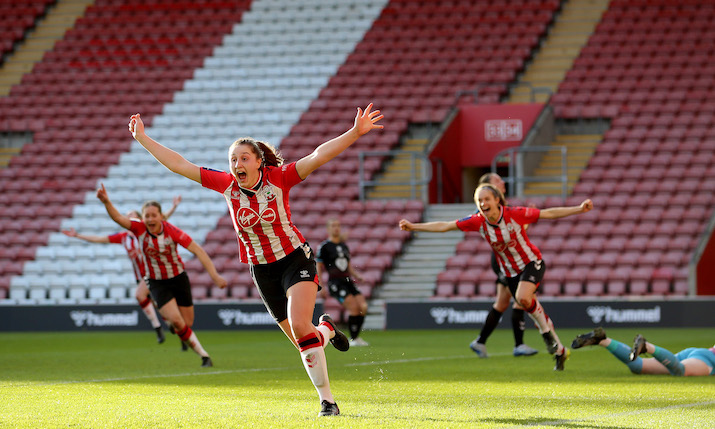 For the first time, the match will be streamed live online globally by the BBC on the BBC Sport website and BBC iPlayer, bringing wider exposure for the third tier of women’s football in England.

The game will see the two sides, champions of The FA WNL Northern and Southern Premier Divisions, go head-to-head for the National League title and a place in The FA Women’s Championship next season. The teams go into the final in remarkable form with just two defeats between them all season.

Taking place at Edgeley Park, the home of Stockport County FC, the fixture will kick-off at 15:00 BST, with the two sides battling it out for 90 minutes, plus extra time and penalties if required.

Marieanne Spacey-Cale, Southampton Women FC manager, said: “I’m hugely proud of what we’ve achieved this season, having only been promoted in 2021. The fact we go into the play-off final as Southern Division champions and National League Cup winners is a testament to the unreserved commitment, mentality and work ethic of our exceptional players and staff. But the season is not finished yet. At the start of the campaign, I set out some lofty ambitions to my squad, one of which was to gain promotion to the Championship. After months of commitment to the cause, one solitary hurdle remains in achieving that goal.”

Daniel McNamara, Wolverhampton Wanderers WFC manager, said: “When our season started our first aim was to stay in Tier 3. To be in the position we are now, potentially 90 minutes from reaching the elite level of the game is phenomenal. It’s a testament to the players and their application throughout what has been a very testing campaign. From the first whistle they’ve been a credit to the club.”

Carol West, chair of The FA Women’s National League, added: “The Women’s National League Championship play-off final is the biggest game of the season and we’re delighted to have agreed a deal with the BBC to showcase the centrepiece of our competition. Southampton and Wolves are two incredibly talented teams who have had phenomenal seasons. With both teams in such good form the final promises to be a showcase event that’s not to be missed. We want to see as many people as possible at Stockport County to cheer them on as they battle it out for the overall National League title and a place in The FA Women’s Championship.”