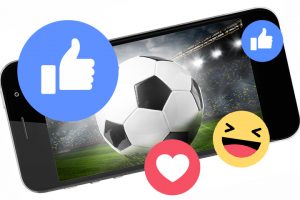 In ‘More Than Just Friends: Streaming Live Sport With Facebook’, New York-based Lawton will provide delegates with a unique insight into the relationship between sports broadcasting and Facebook, exploring editorial considerations, fan engagement and production techniques, including the merging of social and traditional production teams.

The experienced content strategist will also be in conversation with SVG Europe contributing editor Will Strauss and will take questions from the audience.

Lawton is a former head of live content for Red Bull TV and a producer with credits covering motorsport and tennis. Her CV also includes the 2010 Commonwealth Games in Delhi and the 2008 Beijing Olympics.

SportTech 2018, which this year is focussing on OTT and live streaming, takes place on 30 May at Chelsea FC’s Stamford Bridge ground.

The event will also feature speakers from Eurosport, Discovery, F1 and ArsenalFansTV.