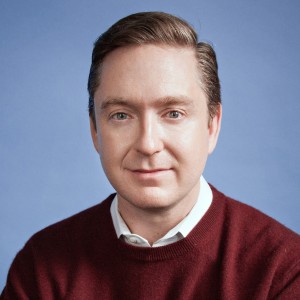 The shift to a mobile-first world has already shaken up media distribution, but now many content creators are putting creation and production plans into place to address the epic influx of mobile devices into the marketplace. Large social media platforms, specifically Facebook, made the crucial decision to shift their business models to focus almost exclusively on a mobile environment, and many credit that with the social network’s continued success. Now they are hoping that those who use their platform will follow suit.

According to Bob Gruters, group director, global marketing solutions, U.S., Facebook, this doesn’t require a dramatic change in the way content creators think about content. It simply means paying increased attention to the device that the content is more and more likely to be viewed on.

“Don’t change what you are doing. What you are doing is right,” he said during a keynote at the Live Streaming Summit at NAB Show New York last week. “What I ask you to do or think about is think about it through the mobile lens. Instead of thinking about content and how it’s going to appear on a TV, think about how somebody is going to consume that content on a 4- or 5-inch screen: the computer in their pocket. How will they find it, discover it, and consume it?”

The shift has already started to show itself in the sports space. Last month, the NBA, recognising that approximately half the subscribers to its NBA League Pass watch games on a mobile device, introduced NBA Mobile View. It required the league to add another layer of production with a dedicated camera onsite and a producer at NBA Entertainment in New Jersey. But those were resources that the league sees value in expending to improve the viewing experience in a world of increasing mobile viewers.

During his talk, Gruters addressed the commitment to building mobile-friendly environments, saying such environments can actually have crossover appeal and don’t require doubling up on resources.

“If it works well on a small screen, it’s going to work amazingly well on a large screen, too,” he said. “Things happen really fast in mobile. You’ve got to get them, grab them, and give them that great experience.”

However, Gruters also stressed that it shouldn’t come off as a mobile-vs.-television dichotomy. In fact, he believes the two not only can but need to work hand-in-hand.

“Do not look at it that way. Do not think about it that way,” he said. “It’s TV plus mobile. They are complementary. They’re not the same, but they do work very, very well together. That gives you so much more to work with when you are doing what you need to do in the marketplace.”

Gruters explained how a “fourth industrial revolution” has created “a world of storytellers” and that those storytellers are grappling with the challenges of marketing and the discoverability of their content. As with television, the path to purchase isn’t linear anymore, and neither is the path to digital consumption.

“Things are changing, and right now at this moment in time, the phone is king,” he said. “Mobile is king. Everything is digital. As you start to think about that, it’s not that you have to do things differently. It’s not digital marketing. It’s marketing in a digital world.”