The Hundred: Cricket fans get a new view of the action with Gravity Media’s UK debut of HelmetCam 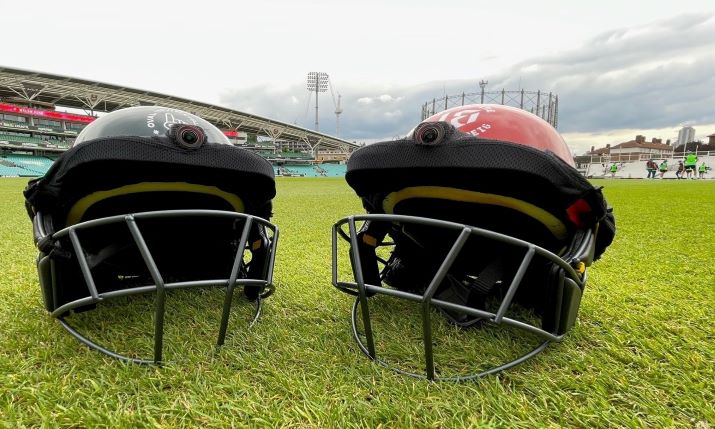 HelmetCam and KeeperCam from Gravity Media’s new acquisition, Globecam, have been used to bring a point-of-view angle to The Hundred viewers in the UK.

Gravity Media has been showcasing its new Globecam speciality camera unit across cricket grounds in England and Wales this summer, bringing point-of-view camera angles to viewers during TV coverage of the new franchise tournament, The Hundred.

The inaugural The Hundred took place throughout July and August this year and featured top players from around the world competing in a 100-balls per innings format. The competition, which involved eight men’s and eight women’s teams, is owned and run by the England and Wales Cricket Board (ECB) and was broadcast in the UK by Sky Sports and the BBC. Sky Sports was the host broadcaster for the tournament.

The two innovations, HelmetCam and KeeperCam, were used in the UK for the first time following Gravity Media’s acquisition of Globecam in July this year.

HelmetCam allows the watching audience at home to experience almost exactly what the batter sees when they step up to the crease and face a delivery. It delivers the thrill of a speeding ball and the trepidation of a hit or a miss. The images captured by the device have also been useful diagnostic tools for pundits dissecting key moments in a game.

The device has full HD 1080i/50 resolution, HD-SDI output from the receiver, image stabilisation and is light-weight at only 230g in total.

KeeperCam does a similar job, but provides pictures from the point-of-view of the wicket-keeper behind the stumps.

The difference between the two products is just down to the kind of helmet they’re mounted onto.

However, John Graham, business development at the Globecam team, while speaking to SVG Europe said: “Helmetcam does not use mass-produced retail cameras. The cameras for HelmetCam are a broadcast-grade solution teamed with a military-grade transmission device. The Globecam team has relationships with suppliers that led it to OEM components to create unique live sports solutions that are small, cool and light; by moulding the circuit board of the camera into a bespoke housing for it and tx, then attaching a lens.”

Gravity intends to further develop these products, and is already working closely with Globecam staff in Australia.

Added Graham: “The team is constantly imagining the next creation. In particular, since the acquisition of Globecam last month, its Melbourne-based R&D engineers are working closely with Gravity Media’s London-based specialist camera unit to share roadmaps, ideas and support. An absolute priority for the Globecam team is expanding and enhancing its commitment to Supercars Australia, where Gravity Media has a multi-year outside broadcast relationship.”

Next up, HelmetCam will follow the cricket seasons around the globe and in particular will appear on T20 and other specialist series’.

“The solution does adapt well into environments such as a birds-eye view into engines in the pit lane for motor racing, an innovation introduced on Australia’s Supercars Series in 2021,” added Graham.

Greg Littrich, director of media services and facilities for Gravity Media in Australia, commented: “We knew that Gravity Media’s acquisition of the Globecam speciality camera business would allow us to enhance the live broadcasts that we deliver for clients and the roll-out of the HelmetCam at The Hundred is a great example of that. It’s been a great tournament of exciting cricket and we’re looking forward to rolling these speciality cameras out into lots of other live events.”

The Globecam speciality cameras unit is renowned for debuting exciting new devices: NetCam on all four Grand Slams in 2018 and Live JockeyCam around Australia in 2019. In 2021, Globecam returned to providing Onboard Live Camera solutions for Supercars Australia, in concert with Gravity Media.