The Fédération Française de Tennis and French start-up company Mojjo have introduced a new content automation system that next year will be the backbone of a white label video player available to rights holders. Its innovation? Using metadata to index events so that highlights can be played back from a match file without actually having to edit the clip. 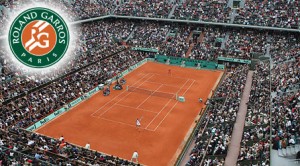 At Sportel the Fédération Française de Tennis and Mojjo introduced a new way to deliver video highlights to viewers.

“It’s something you will not see anywhere in the world,” Emili Montané FFT, media director, said of the technology while introducing it at Sportel in Monaco. “We started work on this at the 2015 tournament and FFT always wants to be a pioneer in new technology in innovation. Roland Garros was the first tournament to be produced in HD, 3D, 4K, 360 video, and this is part of our initiative to always innovate.”

Emmanuel Witvoet, Mojjo, president, said the system works by placing a camera along the axis of the net (high enough and far enough back to capture the entire court in the frame) to capture every shot of the match. Data points include trajectory, speed, distance covered, and even the type of shot. That data is then coupled with the umpire data so that the algorithm knows when a point started or ended.

“We then created a video player that takes that data and uses it to index the video file of a match on the fly,” he added. “There is no editing of the match for broadcast: the video player does the rest.”

For example, a highlight algorithm can be built to play out break points, set points, match points and winners. The algorithm identifies via timecode when those points of interest occurred and when the viewer clicks on the highlight button the first highlight is played. Then the screen and audio fades and the algorithm jumps to the next highlight and so on.

“The cost of making highlights is very high and we wanted to find a solution so that fans can watch either a compressed match or highlights,” said Montane. For example, the system can automatically skip over breaks in the action and, in the case of last year’s men’s final, cut the time needed to watch the match from more than three hours to 75 minutes.

It can also be used to identify highlights based on things like distance run, number of volleys, and even crowd reaction.

Georgina Loth, FFT, deputy director, said the system was deployed and tested on the main court as a showcase to rights holders on site. Those wanting to experience those results can watch the men’s and women’s finals at rolandgarros.com and choose a number of viewing options.

“We plan to launch this solution for the next tournament in 2017 and offer it as a white label solution,” added Loth. It is expected to be used on at least the two main courts next year and it will also be made available to other tennis tournaments soon thereafter.

“The goal is to give the user what they want to see and make the experience infinite in terms of possibilities,” said Witvoet. “The plan is to make it available for other sports later but I cannot say anything about that yet.”