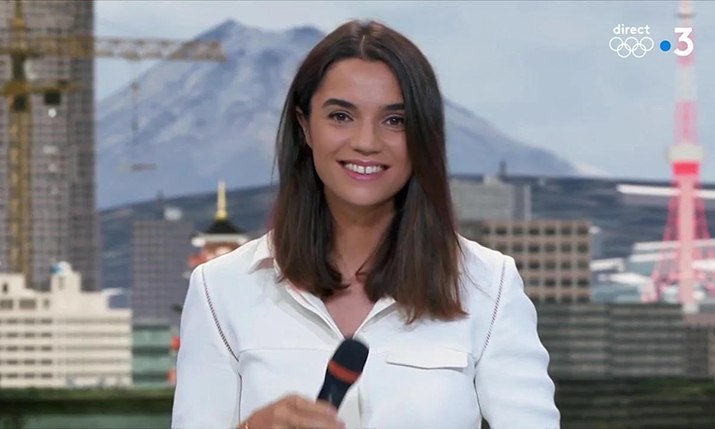 Cécile Gres is a sports journalist at France Télévisions, specialising in rugby coverage and more recently branching out into new areas for the broadcaster, including the Summer and Winter Olympics, as well as Roland Garros.

On how she first found out about TV broadcasting as a career, Gres says: “To be honest, I had no idea what I wanted to do until 22 or 23 years old. I was studying literature and I thought I had time to decide what life I wanted to have. I completed my degree and I had to choose a Master to finish my studies. I’ve always loved to write – I’ve always been curious – in my family we are “coffee and newspapers” morning persons. So I thought, let’s study journalism and we’ll see.

“You have to prove every day that you are not here just because you are a woman; that you know what you’re talking about and have got here through your own hard work”

“I was accepted by the University La Sorbonne. My Master was called écriture journalistique. At the end of my first year, I had to do an internship so I applied at L’Equipe, which is the ultimate reference in sport journalism. I’ve always loved sport; my family is from Brive, a city with a big rugby identity. This is the sport I love the most but I’ve always watched tennis, skiing, basketball, Formula 1; watching sport was a way to live family moments. It meant happy times, and emotional ones.

“I started at L’Equipe in January 2012 for a six month-long internship. At the end of it, I started to write as a freelancer and that is how my career started. At first, I didn’t want to be on TV. Then, over the years, as opportunities presented themselves, I’ve been able to work for both Eurosport and then France Télévisions,” she notes.

On her start at Eurosport and how she got to work at France Télévisions, she reminisces: “In 2015, Eurosport called me. They needed someone to be on the field during the ProD2 games [the second tier of rugby union club competition division in France]. It was my first TV experience. I was the pitch side reporter twice a week. Then in 2019, France Télévisions hired me to work in the rugby section. Then, they decided to give me the opportunity to work on Roland-Garros, the Olympics and more. Now I’m one of the presenters on the sport events that France Télévisions broadcasts.” 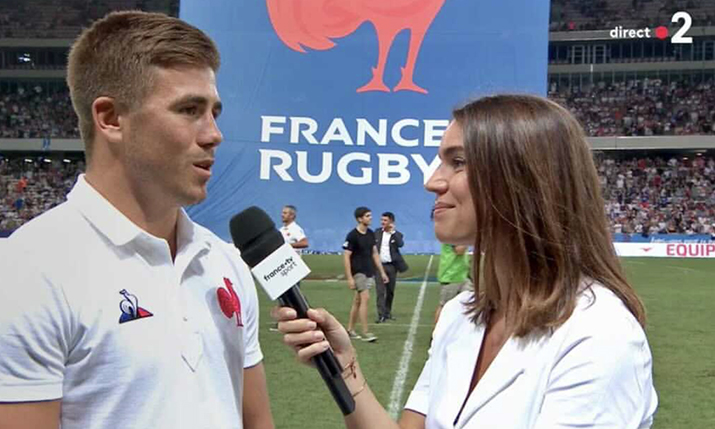 Gres has faced sexual harassment during her career, an experience that has made her determined to ensure that both herself and her colleagues should not face it again. She explains: “When I was an intern at L’Equipe, I was harassed by one of my bosses. It was the first time I was experiencing this kind of situation.

“I remember, one day, I thought, “Ok so this is how it goes in the sport industry, if you want to work and make your mark, you have to accept it or not”. I thought maybe it was normal. But I talked to my mum and she said, “No, what you are undergoing is absolutely not normal and we are going to end it”. She helped me to go through this, and I reported the facts. ‘MeToo’ didn’t exist at the time. It was incredibly hard to talk about what had happened, but I did it and the man who was harassing me was fired.

“This story changed me,” she continues. “I’m way more watchful, I say no whenever I feel like I’m discredited, and I have a kind eye on my women colleagues to make sure nothing similar happens to them.

“The hardest thing about this job when I began it was that I didn’t have the social codes; I was not part of this “boys club” and didn’t want to be like them to be included. I wanted to succeed and still be a woman with feminist convictions.”

“The emotion I feel in a stadium… there is no other place I experience that feeling. The noise, the crowd, the beauty of the performance, the achievement, the tears, the happiness”

Gres goes onto add that the hardest part of her job today is proving herself as a sports journalist in order to be taken seriously by men. She states: “You have to prove every day that you are not here just because you are a woman; that you know what you’re talking about and have got here through your own hard work. One mistake and you are the stupid pretty girl who knows nothing about sport (if a man does this mistake, it’s probably because he’s tired). But if I see this in a positive way, being underestimated daily is a good way to be motivated and a fighter.

“I like the way things are changing (slowly but surely). It takes a lot of energy I would love to put into other things, but I’m pretty proud to be where I am without having had to change the way I think,” she adds. 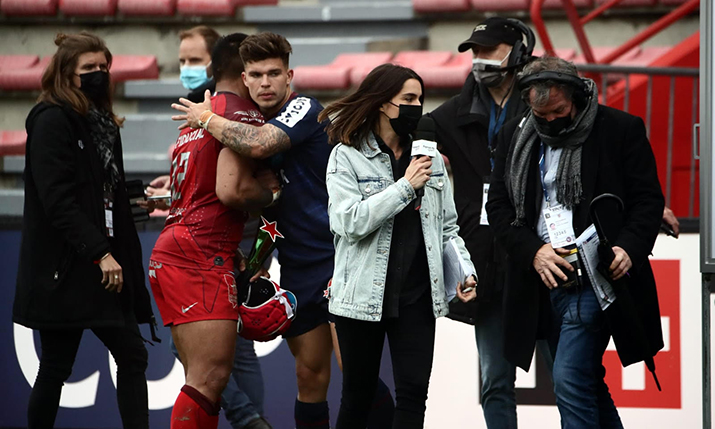 “Working in live sport is helping people to forget the hardness of their lives, the problems they experience, or it’s a way to help them to simply live a good moment and create a memory” says France Télévisions’ Cécile Gres

There are many pluses to her job however, which keep bringing her back every day, Gres says: “The emotion I feel in a stadium… there is no other place I experience that feeling. The noise, the crowd, the beauty of the performance, the achievement, the tears, the happiness. Working in live sport is helping people to forget the hardness of their lives, the problems they experience, or it’s a way to help them to simply live a good moment and create a memory.”

2021 and 2022 were and are set to be big years for Gres. She says: “In 2021 I started to have more responsibilities, and I started to work on others sports. I worked at Roland Garros and went to Tokyo and Beijing for the Olympics. I was alone on set. It was a big pressure but I think it went pretty well.

“This year, I will work on Roland Garros and at Munich for the Europeans Championships. There’s a lot to come. And I decided to have some time for myself and my family too. Doing a cool job made me feel like I did not have the right to be tired.” 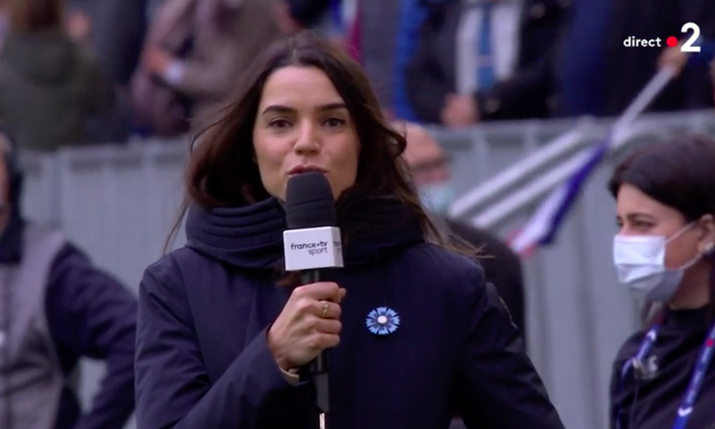 Cécile Gres is expanding her work at France Télévisions from rugby out to the Tokyo and Beijing Olympic Games, as well as tennis at Roland Garros

On the recent career highlight for Gres – attending the Olympics – she comments: “I went to Tokyo for the Olympics. It was crazy. I’ve had never experienced such a positive spin. Every day was a challenge. People were waiting for it after two years of the pandemic; they needed to live through some emotional sports moments. So we felt like we were in a mission. It was pretty cool to be there.

“I have experienced a lot of cool things through my job,” Gres continues. “The latest cool memory was the France versus New Zealand game last November. It was the first time I was coming back in a stadium that was completely full. The atmosphere was amazing, I had tears when the French team came onto the pitch and the crowd became crazy. During the game I thought to myself, “you do realise that this is your job, to actually to be here?”. Amazing. And I’m also very proud to have been part of the documentary called, Je ne suis pas une salope, je suis jounaliste, which deals with the sexism in sport journalism through women’s testimonies, including mine. It has been intense and a big storm in my profession. I didn’t do it for myself but for the next female journalists coming after me; I want them to work in a peaceful environment.”

To those other women, Gres says, “Come! We need you. Don’t ever listen to those who will tell you this job isn’t for you. You have a lot to bring.”

She concludes: “And don’t try to be like them to be liked by them. Be a woman; be who you are, who you want to be. Don’t let them change you.”