Feyenoord increases reach to fans over social with Mobile Viewpoint 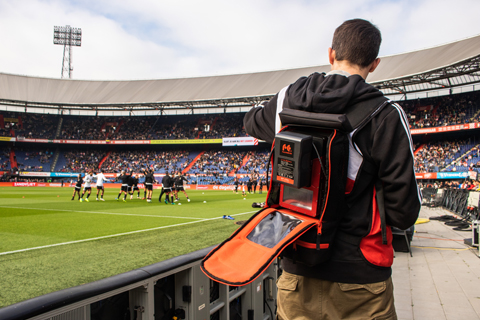 Dutch Eredivisie football club Feyenoord is increasing its reach to fans by taking control of video production for social channels.

The club has chosen Mobile Viewpoint to enable it to reach its fan base and expand its audience. With Mobile Viewpoint’s platform for IP contribution, including the clipping solution SpotOn, Feyenoord is now able to provide live coverage and clips of games, training sessions, press conferences and live Q&A’s with players.

Using this technology, live and on-demand videos can now be published on the Feyenoord website and its social media account. 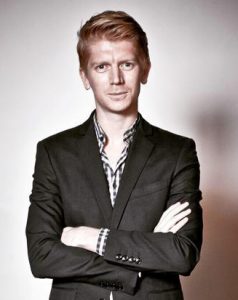 Bas Abresch, content manager at Feyenoord, talking to SVG Europe, explained why the club felt it was important to be able to increase its reach to fans through video: “These days there is a lot of Feyenoord content being spread over social media, by a lot of different (fan) accounts. We want to give the fans in our Fanbase a good reason to follow the official Feyenoord channels by keeping them entertained and engaged on our own channels. That is why we are always looking for other ways to provide them content.

“Our fans want to be as close to the action as they can, on the spot, when the action happens,” continued Abresch. “As official club media, we have the access to areas no other media can come, so that’s why we have chosen to provide live content from that areas to our fans. Not only by live streams on Facebook and YouTube, but also by social media posts on Twitter and Instagram (Stories).”

The club’s reach has grown rapidly since teaming with Mobile Viewpoint. Abresch commented: “Our reach has increased by tens of thousands per live video since we have been using the Mobile Viewpoint equipment.” 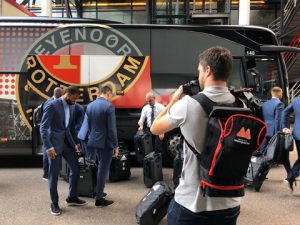 Added Abresch: “We are always aiming for more, but it is difficult to set a specific target. We are happy with these results so far and hope to increase the numbers during the season. This also depends on the results of the first team.”

The club is using the Mobile Viewpoint’s mobile encoder to live stream to its social channels on Facebook and YouTube and, indirectly, to its website. “We can control these live streams in the online platform Linkmatrix,” noted Abresch. “Besides that, we use the SpotOn application that gives us the possibility to quickly snip short clips from a live stream and post them on social media.

“During matches, we use the mobile encoder to live stream the entire match (with commentary,) and we use SpotOn to be able to share the goals and other highlights on social media as fast as we can. We do that with matches of our U23 and U19 team because we do not have the right to do that for official matches of our first team. For friendlies of the first team we are definitely going to use these applications the same way,” Abresch added.

Abresch said that Feyenoord Rotterdam preferred to take this ability in-house: “We have chosen do this in-house because we have a lot of expertise and experience in-house and we know how to reach out to our fans. In addition, we cooperate with various partners that can provide us new insights in how to reach our actual Fanbase but also new target audiences that are still a bit further away from us.”

Michel Bais, managing director Mobile Viewpoint, added: “We see that football cubs are looking for new means to engage with their fans and to provide attractive content on multiple platforms on a daily basis. Not only of their first teams, but also for lower league and youth teams. Our technology enables this in a cost-efficient way and unlocks new ways to promote their club.”