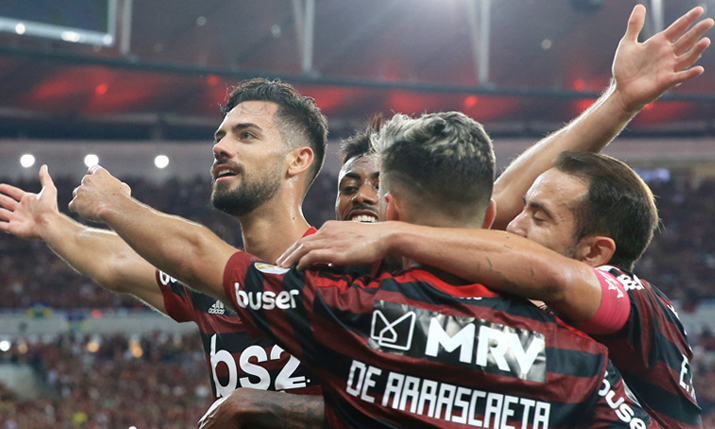 FIFA is continuing its quest to standardise raw data collection during training and football matches by its stakeholders, including broadcasters and club coaches.

During October, data gathering equipment was tested at the Barca Innovation Hub at the Nou Camp in Barcelona, supervised by a team of experts from the University of Victoria in Australia, an entity that has been collaborating with FIFA throughout this project.

The scheme is part of the ongoing 2015 mandate from the International Football Association Board (IFAB) for FIFA to develop a global professional standard for electronic performance and tracking systems (EPTS), which should guarantee a certain quality of collected data, following the IFAB’s ruling in that same year to allow the use of wearable technology in official matches.

“This programme has been developed as a method to quantify the accuracies of the various systems available.”

Speaking to SVG Europe from the FIFA Under 17’s World Cup in Brazil, Johannes Holzmüller, director of football technology and innovation in FIFA’s football technical development division, explained: “This development became even more important with the decision taken by the IFAB in March 2018 that coaches can receive data for medical or sporting purposes in the technical area during a match.

“As a result of an extensive research and consultation period (2015 to 2018) on this matter, FIFA has developed – with the support of Victoria University from Melbourne – a Quality Programme for EPTS. This programme has been developed as a method to quantify the accuracies of the various systems available,” he noted.

The practical application of this particular study in Barcelona is focused on the analysis of the game for club coaches and medical teams of the clubs, as well as to extend the quality of sport broadcasting by providing more information. 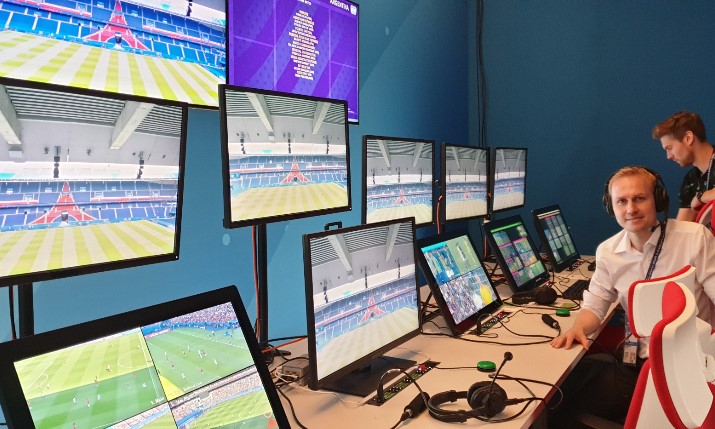 Said Holzmüller: “FIFA’s overall goal is to improve the football experience for referees, teams and fans. The collaboration with Barca Innovation Hub gives us the opportunity to have access to stadium and training facilities like the Mini Estadi, Masía or Camp Nou, where we can test in close collaboration with the football world new technologies and innovations in football.

“Moreover, Barca Innovation Hub shares the same philosophy with us that innovation in football can only happen if we work altogether and publicly share the latest developments.”

Holzmüller stated that data is becoming ever-more important for broadcasters, viewers, and the players themselves: “As we have already seen in the last years, football data become more and more important on and off the pitch. In our view the next development step in football will be that the outputs of the technologies used in stadiums will be connected to each other. As an example, accurate tracking data will play an important role for the automation of event data.

“How exactly this data is then used by the various stakeholders is for them to answer as the core focus of this stage is to ensure accurate and valid data for all users.”

“Moreover, new sources of football data will be available soon, like limb-tracking technology and we learned at the FIFA Women’s World Cup France 2018 that almost all teams used wearable technology at their official matches. Because there is no certainty, it is even more important to ensure there is a minimum threshold on such technologies as competition outputs, contracts or even careers could depend on it,” he went on.

On the broadcast perspective, after the World Cup in Russia in 2018 FIFA decided to develop its own football data ecosystem for FIFA tournaments as of 2020. Commented Holzmüller: “The aim is that FIFA’s internal and external stakeholders will be able to use the released football data in real-time, post-match or post-tournament via a platform, which will serve as FIFA’s single football data source. To clarify, football data refers to data collected of the actions and movements of players and match officials on the pitch during a match referred to as tracking (X-,Y-,Z- coordinates) and event data (events happening on the pitch).”

However, he added: “How exactly this data is then used by the various stakeholders is for them to answer as the core focus of this stage is to ensure accurate and valid data for all users. We only ensure that the collected and processed football data has a certain quality and is available when needed.”

FIFA is carrying out this testing on behalf of broadcasters and other stakeholders of the game to ensure that the technology at the core of data gathering from matches is of a high and accurate quality.

Holzmüller said that this is something that stakeholders could be doing themselves, “however, due to the large number of end-users that use this data, (understanding that FIFA starts from the needs of the teams and match officials when it comes to data accuracy,) FIFA proactively chose to implement a global standard for these technologies in order to provide an overview of accurate systems in the market as supportive information”.

The tests, carried out in several sessions at Nou Camp this month, have focused on indicators of positioning and speed of players. The measurements were made with the help of thirty students from the Barcelona Campus of the National Institute of Physical Education of Catalonia (INEFC).

“Officiating technologies such as virtual offside lines and VAR systems are also being tested in close collaboration with football stakeholders to ensure a minimum quality of any technology used in football.”

To carry out the tests a 30 x 30-metre quadrilateral was formed on the pitch, with ten cameras on each side, within which the students, with sensors attached to their bodies, made a physical circuit walking, jogging and sprinting, in different directions and with acceleration changes.

Monitoring systems from 13 leading international companies in the tracking sector have been subjected to these tests by Barca Innovation Hub, including Track160, Catapult, Statsports and Fitogether.

Said Holzmüller: “The EPTS testing event at Camp Nou offered providers the opportunity to have the accuracy of their systems assessed against a gold standard motion capture system (VICON). The results of such tests are collected in a stadium environment, representative of real-life use, and allow an insight into the accuracies of the various systems available on the market.

“On other occasions, officiating technologies such as virtual offside lines and VAR systems are also being tested in close collaboration with football stakeholders to ensure a minimum quality of any technology used in football,” he added.

FIFA held similar sessions a few months ago with Barca Innovation Hub at the Mini Estadi [which is now under demolition]. Carrying out tests at Nou Camp, however, has allowed the researchers to validate the tracking systems from much larger stands, similar to those in the most important stadiums in the world, and with more variety of spaces to test radio frequency devices.

FIFA organises at least one testing event per year and all certified systems will be published on the FIFA website, if desired by the technology providers. This information should support all football stakeholders, including broadcasters, in the decision-making process when they intend to purchase or use the outputs of an electronic performance and tracking system for their competition, stadiums or training facilities.

The association  is not assessing final products such as graphic overlays (except for virtual offside lines when VAR is in place,) or virtual reality (VR) and augmented reality (AR), but ensuring that the underlying data (starting with X-, Y- positions,) is as good as it can be so that all of these applications built on top are valid. Said Holzmüller: “The experience in 2015 showed that this was, by far, not the case yet, which is why FIFA hopes to improve the quality of all these derivative products by addressing the root of the problem.

He added: “It is important to understand that with this standard we only assess the raw data collection but not how the end users process this data. However, it is obvious that if the collected raw data is not accurate all information that is derived thereof has low or no meaning.”

Previously FIFA worked with LaLiga to allow equipment providers to show that their technologies were in line with the FIFA Quality Programme. Noted Holzmüller: “In general FIFA works in close collaboration with football stakeholders, research institutes, and the industry, with the aim to improve the game and the football experience on and off the pitch.

“In this particular case, we organised with the support of LaLiga test events for virtual offside lines in Valencia (2018), Leganés (2019) and Leganés/Getafe (2019). At these events, providers could demonstrate that their technologies are compliant with the requirements of the FIFA Quality Programme, which is the global standard for virtual offside lines in football and was developed due to the implementation of video assistant referee (VAR),” he concluded.