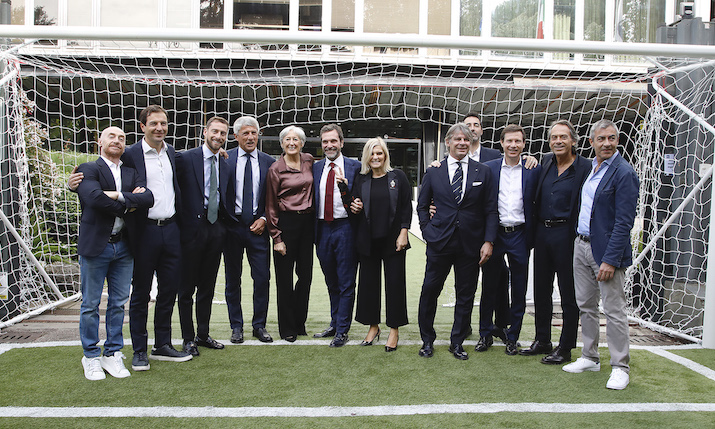 With the FIFA World Cup in Qatar a mere matter of weeks away, Italian national public broadcaster Rai is finalising its coverage plans for the tournament despite the fact that the Italian national team failed to qualify.

Some 32 nations will be heading to the Middle East, however, with matches taking place in eight different stadiums at a maximum distance of 70 kilometres from the capital Doha where the International Broadcast Centre (IBC) will be based.

Donatella Scarnati, team leader for Rai Sport, reveals that the broadcaster will be taking a multimedia, multiplatform approach to its tournament output.

“The 2022 edition of the World Cup will be, from the point of view of viewing, something unique, never seen or heard before,” she says. “We can also talk about great interactivity with the possibility of choosing what to watch, when and how to do it.

“We are, in fact, facing a truly multimedia and multi-platform event that involves TV, radio, web, RaiPlay and even the app. All 64 games will be broadcast by Rai exclusively and free of charge. In addition, a series of original television products will accompany the event.”

Great interest at Rai is focused on 4K broadcasts, which is the format that 56 of the games will be broadcast in, with 37 on Rai 1 and 19 on Rai 2. The other eight games will be available in HD.

The Rai 4K channel can be received primarily via satellite on TivùSat at channel 201 with a satellite dish and decoder, but during the games, the reception will also be extended to owners of the latest generation 4K Smart TVs connected to an antenna and also to the internet, ie, in HbbTV 2.0.

An excellent internet connection is required to receive the 15MB per second transmission, which will guarantee high-quality reception. According to Rai there are a few million viewers in Italy who have such receivers and conditions at home, who will be able to connect on the DTT 101 channel.

Despite what many think this is not DVB-T2, which is considered a great innovation coming in 2023, but a major experimentation of hybrid TV which, Rai says, “has not yet been made by anyone, not even as a public television service at a European level, and Rai is among the first to test this type of quality for those who have this type of system”.

Information already released by FIFA shows that highlights footage of each match is being captured by 34 cameras – the highest number ever used – while feeds from another 12 automated shooting tools will be made available to match officials in the VAR room, both for classic use (review of disciplinary sanctions etc,) and for the determination of offside situations.

In fact, in Qatar, the evaluation of offside calls will be semi-automatic, thanks to 12 special optics capable of tracing 29 points on players’ bodies at a frequency of 50 times per minute; elements which, in combination with the sensor inside the match balls, should dispel doubts about any offside situations.

Scarnati says: “Our Rai studio set up at the IBC in Doha will be small in size but not spartan even equipped with virtual reality, and a second studio will be set up in a souk. All production, including the news, will be made entirely at the IBC. We will have three ENG crews equipped with radio backpacks who will be able to film connections from the desert. These moments will be decided day by day thanks to very detailed information from FIFA and a rich programme such as FIFA Max which offers interviews and very rich connections.” 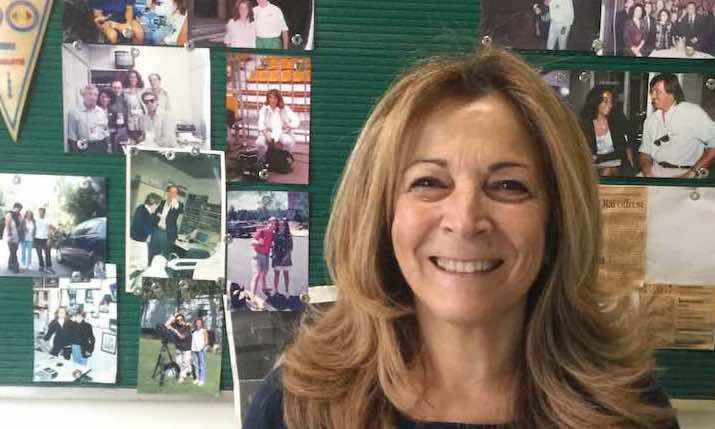 All matches will be played in prime time in the group stage and all knockout matches, from the round of 16 to the final, will be broadcast on Rai 1, with up to four games per day being shown.

Another important element of the offer is the post-match show ‘Il Circolo dei Mondiali’, which begins on 21 November on Rai 1.

“The main Rai broadcast will be Il Circolo dei Mondiali made in the Rai studio in Milan, every evening after the 20:00 match,” says Scarnati. “The format includes a mix of technical in-depth analysis, typical of every post game, with commentary space but also entertainment, guests, culture, music, cinema and more. The commitment in Qatar will be massive from the early hours of the morning, due to the links with the news and various broadcasts.”

Rai Radio 1 and digital channel Radio 1 Sport will also report on the World Cup in detail with a programme entitled ‘All the World Cup Minute by Minute’. The 64 matches will be broadcast live thanks to a team of eight radio commentators and a technical commentary.

Rai Play and Rai Play Sound have already begun to share the stories of the competing teams via its ‘Road to Fifa Qatar 2022’ series, and this will continue with all the live matches, on-demand content, highlights and interviews, goals, summaries and more. ‘Il Circolo dei Mondiali’ will also include an exclusive part only for Rai Play and a dedicated story on Rai Play Sound and Radio 1, for viewing at home and on the move anywhere.

Rai Play will offer various dedicated offers, including a docuseries called Ten based on the 10 most incredible events, goals and curiosities of past editions of the World Cup. Rai Communication Department has also created Top Team, a series of shorts that will present the top teams of the tournament in a minute and which will be available shortly.

Rai News.it will share the story of the World Cup and the world of football daily, thanks to a correspondent in Qatar (in collaboration with Rai Sport). Two sports bulletins will be aired every day at 12.30 and 19.30 with connections from Qatar and the Rai Sport correspondent.

In addition, Teletext will cover the action on page 220 with matches described by a dozen people in the editorial office.

Scarnati adds: “For 29 days we will cover the pre-match, half-time and post-match of about 15-20 minutes with images, interviews and reports enriched by live connections with the Rai Sport studio set up inside the IBC in Doha.

“There will be 19 reporters, engaged on all 64 matches and commentary on the spot, including four commentators covering the four matches per day and with numerically ‘rationalised’ production staff.

“The highlights will be double, broadcast pre-game, post-game and then in Il Circolo dei Mondiali, packaged differently for each edition, lasting from 50 seconds to two minutes.

“We will tell the greatest sporting adventure, the soccer world cup, but also many stories, because the World Cup is not just a sporting event: we take you there, we tell you about the country and football from seven in the morning until after one in the morning, with a massive commitment, to make you dream.”

Qatar 2022 kicks off on 20 November with Qatar vs Ecuador from the Al Bayt Stadium in Al Khor.