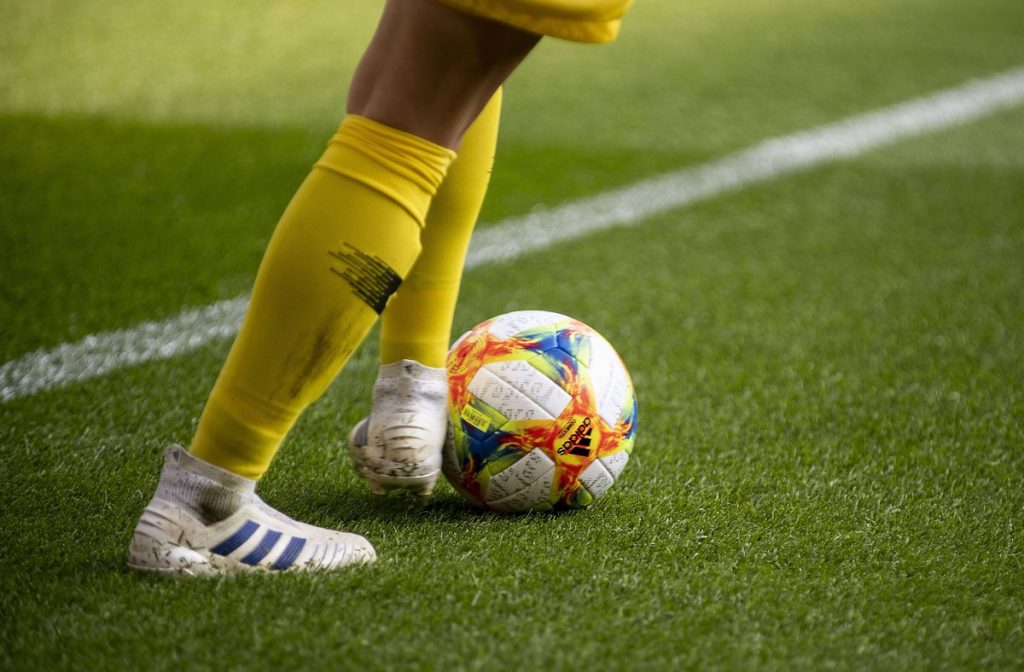 ‘Dare to shine’ is the motto of the FIFA Women’s World Cup 2019 — and that does not just apply to the host country or the performances of the teams. Even the transmitting stations will do their best.

That’s how German broadcaster ZDF sums up its coverage plans for the tournament. Both ZDF and ARD will be involved right from the start showing live all matches either as a TV broadcast or as a web-exclusive live stream on sportschau.de or ZDFsport.com.

“We will offer around 70 hours of live football plus accompanying coverage online and on TV,” stated ZDF sports director Thomas Fuhrmann. “With this extraordinary World Cup programme, we are living up to the growing popularity of international women’s football and the changing viewing habits of the audience.”

“Women’s football has never had so much coverage at a tournament as the NOS will do this year.”

Thomas Hagedorn from the broadcaster’s press office takes up the story. “ZDF has decided against using a permanent World Cup studio and will, instead, present its programmes directly from each of the match venues – a concept that was successfully practised in 2017 at the European Championships in the Netherlands.”

He continued, “football presenter Sven Voss will be reporting on each of the ZDF broadcast days from one of the stadiums in the World Cup cities. Voss will be joined by former German national players, such as Lira Alushi, as well as prominent guests from the world of international sports for the game analysis. In addition, the well-known ZDF 3D analysis is used.” 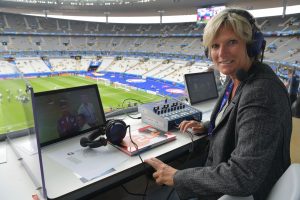 “The ZDFmediathek (the video portal of ZDF) will provide a comprehensive online service for the tournament – on the website, in the mobile apps or on Smart TV,” says Hagedorn. “On ZDF broadcast days, all the games will be shown as a live stream, twelve of them exclusively in the ZDFmediathek. On selected games, there will be post-reporting with additional interview partners, such as ex-national players like Kim Kulig, Lena Lotzen or Celia Sasic, who will provide expert analysis.”

He says that anyone who misses the live games, will find the summaries available in the media library. “In addition, the ZDF team members and online reporters will be describing their impressions of the stadiums, cities and the training camps on the social media accounts of ZDFsport. There is also a look behind the scenes and the direct line to the ZDF team on site.”

Adriaanse reveals that the production will be handled in Holland – with a clean feed coming from the Host Broadcaster. “In addition, we will have our own cameras at the grounds, and will utilise stand-up positions at all of Holland’s matches and then games during the latter stages of the tournament.”

He continued, “We will also have camera crews in France covering the preparation of the Holland team and following their opponents as they progress through the World Cup.”

As well as the live coverage of the matches, NOS will be broadcast a Late-night programme under the title of Studio France. “We have an app and special web site: https://nos.nl/wk2019/ to enable online viewers to keep up with the action from France.”

He concluded, “Women’s football has never had so much coverage at a tournament as the NOS will do this year.”

Although Croatia did not qualify for the finals of the FIFA Women’s World Cup, public broadcaster HRT will be showing four games from France. “Interest in women’s football in Croatia is smaller than in the men’s game, but we feel it is very important to promote the sport,” stated Boris Jelavić, head of the HRT sport section. “We will be showing the opening game between France and South Korea, the two semi-finals and the final in Lyons.”

Leading the commentary team will be experienced journalist and broadcaster Ivan Dorian Molnar.

Ranko Varlaj, TV director for the coverage picks up the story. “We will receive a dirty feed from the 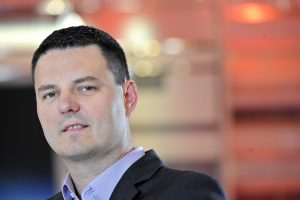 Host Broadcaster, but will be adding our own graphics at our studio base in Zagreb. Like other broadcasters, the match statistics will come from FIFA and be included in the feed from France.”

He says that there are no plans to send an HRT crew to France. “As well as covering the four games already mentioned, HRT will have highlights and news from the finals in our main news programmes.”

Jelavić adds that in addition to the television broadcasts, the Women’s World Cup will also partly be available on HRT web services. “It will also be accessible on smartphones and tablets.”

He concluded, “Although our coverage is limited, we are anticipating good ratings, and are working to provide the best coverage to arouse more interest in the women’s game here in Croatia.”