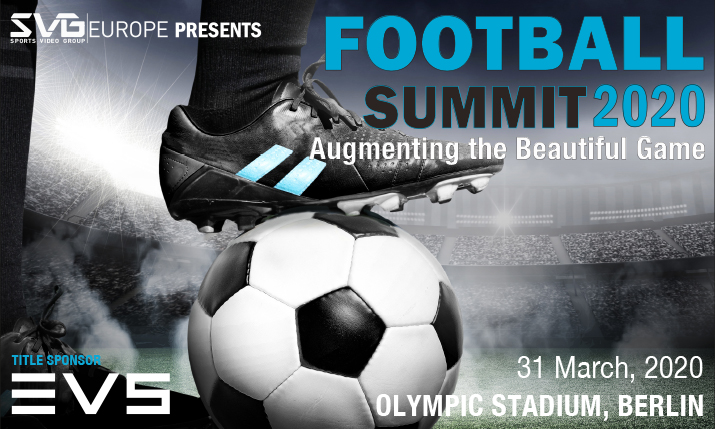 Augmented Reality (AR) graphics created to embellish coverage of La Liga, the Bundesliga and the English Premier League will be the focus of a special showcase session at this month’s Football Summit 2020 in Berlin.

Sunset+Vine’s Premier League output for Amazon, Sky Deutschland’s work for the Bundesliga and WTVision’s LaLiga TV projects will all be discussed at the event, as will AR graphics completed by, and for, BBC Sport.

The panel of expert speakers will provide an insight into how the graphics were created, why they were created that way and what challenges they faced while making them. The panel will then share their opinions on where AR is best used and where the technology might go next.

Taking place at the Olympic Stadium in Berlin on Tuesday 31 March, Football Summit 2020 will take a close look at a range of subjects from video piracy and the football OB business through to the growth of the Women’s game, eSports and football production on a budget.

As with all SVG Europe events, Football Summit 2020 will also feature ample networking opportunities, a technology showcase and an optional stadium tour.

A special eSports Focus seminar will take place on the morning of the event.

SVG Europe confirmed earlier this week that, as things stand, the event would still be going ahead* and that extra precautions had been put in place following concerns about the coronavirus.