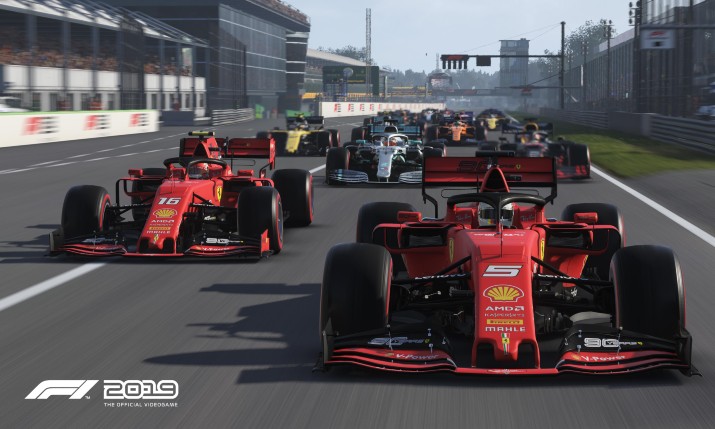 Formula 1 has launched a new eSports Virtual Grand Prix series, featuring a number of current F1 drivers, that will run in place of races that were due to take place between now and May.

The series has been created to enable fans to continue watching F1 races virtually despite the ongoing COVID-19 situation that has affected this season’s race calendar.

The virtual races will start this weekend (22 March) with the Virtual Bahrain Grand Prix. Coverage will be made available on the official Formula 1 YouTube, Twitch and Facebook channels, as well as F1.com.

Every subsequent race weekend will see the postponed real-world Formula 1 race replaced with a Virtual Grand Prix, with the initiative currently scheduled to run until May.

The series will use the official F1 2019 PC video game, developed by Codemasters.

Julian Tan, head of digital business initiatives and eSports for F1, said: “We are very pleased to be able to bring some light relief in the form of the F1 Esports Virtual GP, in these unpredictable times, as we hope to entertain fans missing the regular sporting action. With every major sports league in the world unable to compete, it is a great time to highlight the benefits of esports and the incredible skill that’s on show.”

The first race of the series, on the Sakhir track, will be a 50% length race with 28 laps and will see current F1 drivers line up on the grid alongside a host of celebrities. Names will be announced in due course, F1 said.

In order to guarantee the participants safety, each driver will join the race remotely, with a host broadcast live from the Gfinity Esports Arena or remotely if required.

Due to the wide variety of gaming skill levels amongst the drivers, game settings will be configured in such a way to encourage competitive and entertaining racing.

F1 went to great lengths to make it clear that the series is strictly for entertainment purposes and that no official World Championship points will be up for grabs for the drivers.