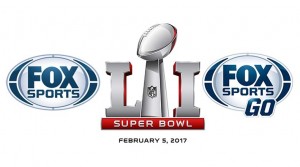 It’s fair to say Devin Poolman is under a little stress these days, and it won’t let up until next Monday. Poolman is SVP, digital platforms, for Fox Sports, which will live-stream Super Bowl LI without authentication, then up the ante by adding targeted digital ad insertion for 170 of its more than 200 affiliates.

CBS streamed to 3.96 million unique viewers in 2016. What size audience is Fox expecting?

“A little bit bigger,” Poolman jokes, noting that his group has one number it’s anticipating and another, significantly larger number it’s planning for. He’s not giving either number out, but it’s up to him to ensure that the network’s streaming operations run smoothly. That’s partly why Fox will stream the game without pay-TV authentication requirements.

“There’s a little bit of tradition there to go unauthenticated and a belief that the Super Bowl is an event for all NFL fans,” he explains. “We certainly believe in helping the Super Bowl reach the largest audience possible.” But, with special events like this, where scalability and reliability are critical, Fox doesn’t want to take chances with something that can cause issues — which authentication has done in the past.

Fox’s streaming workflow starts with its broadcast feed, which the online team pulls in with built-in redundancy. It encodes a mezzanine file in house, then sends that via dedicated fiber — also with built-in redundancy — to MLBAM, which will provide backend services and final encoding. From there, the file will be sent to three CDNs — Akamai, Limelight, and Level3 — for delivery.

The top resolution that Poolman’s team will receive from broadcast is 720p, so there will be no 4K or 1080p streaming this year. MLBAM will create six renditions of adaptive-bitrate HLS streams. The top rendition is 720p at 60 fps, but that will likely be withheld and used only if there are no traffic issues.

The highest rendition Poolman plans to use is 720p at 30 fps. During the game, he’ll keep an eye on quality, relying partly on third-party partner Conviva to identify congestion or other performance issues. If need be, he’ll remove the top rendition to ease the network burden.

“We’re going to be looking in particular at the renditions we have in service, the different profiles that we’re delivering to clients,” he says. “We’re going to be looking at the performance across CDNs to see if any particular CDN is getting unduly stressed. We’ll be following things like rebuffering rate and stream start time and errors. It can help us as we continue to manage the split between CDNs in real time.”

Fox’s ad-decisioning is handled by FreeWheel’s Hybrid Linear Digital Ad-Scheduler (HyLDA) program and involves both client-side and server-side insertion. Working with new features in HyLDA, Fox creates a new caching layer for ads, which has already been tested on multiple events, including some NFL playoff games. Fox will stream to iOS, Android, Fire, Roku, Chromecast, and Xbox apps, which required updates to support the ad insertions.

In another Super Bowl streaming first, online viewers will get something broadcast viewers won’t. An hour before kickoff, viewers will be able to tune into Field Pass, a lightly produced hour showing the view from the field. Fox first offered Field Pass a few years ago for an NFL Championship game and offered it this year for the Division Championship games. Poolman hints that there might be additional online extras for game day. Wait and see.

Super Bowl Sunday won’t be a beer-and-guacamole day for Poolman, who will spend it in New York studying rebuffering rates and social-network feedback with colleagues and MLBAM partners. But he has a plan to enjoy the Super Bowl in the future.

“I’ve been advocating for a partnership between those responsible for streaming on NBC and CBS, such that we have a rotation: those who can’t enjoy the Super Bowl should be able to attend in the off years,” he says. “So I could host my colleagues in Houston this year if I get an invite next year.”