French public service broadcaster France Télévisions is once again using Roland Garros as the venue to demonstrate new technology, this time with 8K content over 5G in partnership with telco Orange.

Last year France Télévisions used the Roland Garros tournament to trial 8K production, and this year it is taking a step further into innovative uses of sports broadcast technology, into the world of 5G. 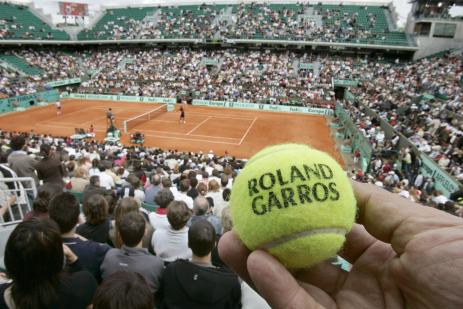 The 8K content will include matches from the main Philippe-Chatrier centre court.

According to reports, 100 hours of live content from the competition will be broadcast in total, over satellite and video on demand, with the 8K footage available on direct-to-home platform Fransat and Orange TV. HD content will be shown on France 2, France 3 and France 4.

Also, the 8K footage will be available in the France Télévisions showroom; the broadcaster is creating an 8K platform where invitation-only visitors will be able to view the content and production process.

This year, Orange and the French Tennis Federation are also offering the chance to go even further than virtual reality experiences. Thanks to mixed reality, and equipped with Magic Leap One headsets, visitors will be able to watch a tennis match broadcast in mixed reality.

Mixed reality adds, on top of augmented reality, animated projected images, perfectly synchronised with reality, to create a new world combining reality and virtual reality. In this new world the user can interact or take control of all the virtual aspects.

Using artificial intelligence (AI), Orange is additionally offering visitors an even better experience at the tournament with a virtual assistant, via a dedicated demonstration on smartphones. Visitors will be able to ask the Tournament Assistant many questions (written or oral) about the French Tennis Open and will receive an immediate answer.

Another sports broadcaster and mobile operator working on 5G production is BT Sport with EE. In a world first last year, BT Sport and EE successfully carried out a live broadcast over 5G using remote production, delivering a two-way transmission from Wembley Stadium to London ExCeL. The demonstration, which was the focus of a session at SVG Europe’s Football Summit 2019, was designed to illustrate the potential opportunities that 5G can bring to sports broadcasters.

Roland Garros is one of the four Grand Slam events on the tennis calendar and takes place in Paris every year.