France Télévisions pushes the boat out for Rio 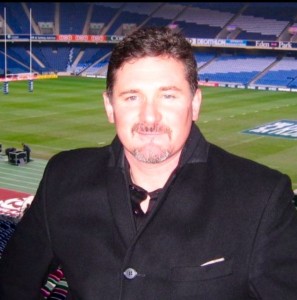 The Olympic Games constitute a huge undertaking for French public broadcaster France Télévisions, according to the group’s production manager for the event, Frédéric Gaillard. “It is our biggest commitment in terms of sport production; we send a team of 215 people to Rio, of which around 100 are technical staff,” he said.

The group will give extensive 24/7 coverage of the games, with live coverage of each sport on main channels France 3 and France 3, and special coverage of the youth football and rugby competitions on France 4 (which is watched by a younger demographic), while basketball will be broadcast on France 0 (watched by audiences in the French Caribbean).

“The coverage on France 4 is new and specific to these Olympic Games in Rio. We will also be live streaming the games on the Internet; something we already did in London but perhaps not as comprehensively. Streaming the Rio games amounts to delivering 2400 hours of programmes,” he adds.

The global production budget is around Euro 13 Million, excluding rights. “Since 2008, we use a remote production setup. Our cameramen are on site but the director is back in the master control room in Paris,” Gaillard continues.

Fifty cameras are on site, including 10 portable and 20 heavy remote ones, the rest being ENG. “We have installed a bigger camera setup on the swimming and athletics competitions in order to get interviews with the athletes on-site. All in all we will be handling 40 different feeds,” he says.

One of the challenges in Rio is finding accommodation for all the France Télévisions’ employees as the hotels due to be built for the Olympic staff are still not all up and running. “We want to be able to welcome our staff in the right conditions and also to organise the right transport. At this stage, two weeks before the competition kicks off, it is still a big logistical headache,” he admits.

He admits that the group won’t be making any money from broadcasting the event, despite the big audience some of the competitions will draw. Again because of the time difference the public appeal is expected to be less extensive than during the London Olympics. “Some of the main athletics events will take place at 1’o clock in the morning French time, which is not prime-time viewing, to say the least. But whatever the viewing figures we think that it is our public service remit to give as comprehensive coverage of the games as possible, even if it is in the early hours of the morning.”

One of the technologies the pubcaster looked into for the games is virtual reality. “We did talk about implementing it in one form or another. But the problem is that you had to decide the cabling for Rio two years ahead of the event and there is very little flexibility; you can’t really change the cables afterwards. But we will definitely be using that technology to cover the next Olympic Games because we do think it has a huge appeal and a big potential.”