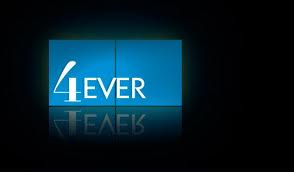 The French Ministry of Industry and other French-based government departments are supporting 4EVER, a new research, development, and promotion project that will look to make the current TV production and delivery chain capable of handling next-generation 4K content. The government support is helping a number of French-based companies, including ATEME, Orange Labs, France Televisions, Technicolor, TeamCast, DOREMI, GlobeCast, and Institut Telecom ParisTech, figure out how to make 4K workflows and distribution a reality. Complete details can be found here.
Jerome Vieron, ATEME research manager, says that the member companies believe that 4K-quality signals will be able to be distributed at bitrates as low as 13 Mbps using High-Efficiency Video Coding.
“HEVC compression seems to enable commercial deployments of 4kTV broadcast on a much larger scale than what could be achieved with current video codecs,” he adds. He will present a paper on the subject at IBC in Amsterdam in September.
The 4EVER project will focus on 4K but Vieron says that depending on how it progresses 8K (or UltraHD) could also be investigated. Vieron says research activities will be shared by different and complementary partners depending on their skills. For example, France Televisions is handling content production and transmission along with GlobeCast while Ateme looks at HEVC encoding and decoding for contribution and distribution. And Orange, France Televisions, and Technicolor assess the quality of the experience while Technicolor and ATEME also investigate signal quality like bit depth or colorimetry. TeamCast will look after DVB-T2 and Doremi is focusing on cinema delivery equipment.
“In order to perform our research activities and to demonstrate our work, we have a complete 4K production and delivery chain with camera, servers, TV screen, and projector,” he says of the current technology landscape required to advance the project. “Actually, the problems are mainly related to the lack of 4K content but also to the non interoperability (and not defined or standardised) of data interfaces.”
The consortium expects to demonstrate a complete 4K production and transmission chain within one year, and several field trials are planned throughout the 4EVER project process, with a focus on sports events, music concerts, and other live shows.
Finally, dedicated test and show rooms are being installed in the Rennes University and in France Televisions office.