In a speech to the National Assembly Edouard Philippe, the French Prime Minister, announced that the Professional Championships will not resume this season. The Professional Football League (LFP) and the clubs who had hoped to finish the season were caught off-guard by this announcement.

Several scenarios had been envisaged for the restart including introducing a series of play-offs, which had never been done before in professional championships.

Discord between clubs and broadcasters

The abrupt end to the season obviously has important repercussions for the clubs. Firstly in terms of the sport itself, as the issues of promotion, relegation and qualification between the two divisions have to be addressed — not to mention the selections for the European Cups 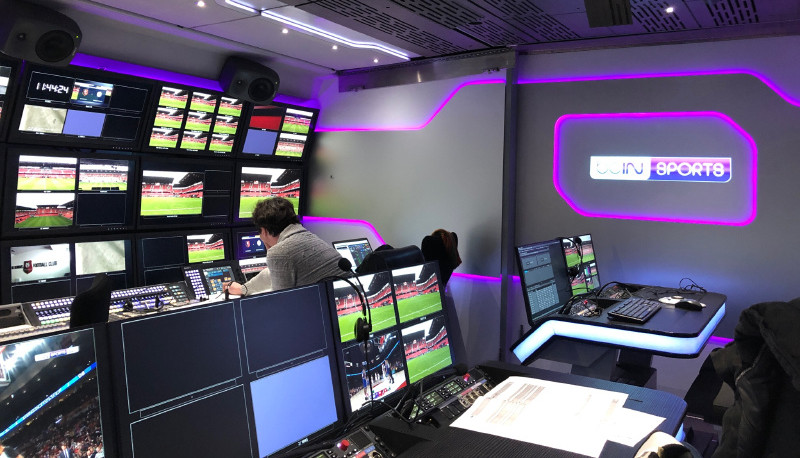 But the sporting argument is often overtaken by financial considerations. In fact, Canal + and beIN SPORTS, who have shared the rights to the two championships so far, evidently do not wish to settle the entire amount negotiated with the NFL. The shortfall would be 243 million euros, a very large sum that would necessarily impact the clubs, putting the more fragile ones at risk. In addition to the repercussions on sports stakeholders, the whole business ecosystem is also affected.

Impact on outside broadcast facilities providers

In France, two leading players share the technical production for the two professional divisions. Euromedia and AMP Visual TV whose CEO Gilles Sallé told SVG Europe, “Football represents 10% of our overall turnover, so it is indeed a very severe financial loss. But I think we should go beyond a personal point of view and see the bigger picture. By which I mean that I think of the economic difficulties facing all stakeholders: clubs, broadcasters, our freelance technicians and simply all sports lovers.

“Also, I have no visibility concerning what we will do next season for the Ligue 1 and Ligue 2 championships as a new major player, Mediapro, has secured the broadcasting rights. To date we do not know to what extent we will be able to participate in the production of matches.”

The unknown for next season is actually called Mediapro. The Spanish group won the broadcasting rights for Ligue 1 and 2. Up to now all eyes in the football world and the broadcasting industry have been on the Mediapro situation. Indeed next season is approaching fast and there is little information available concerning how matches will be broadcast (linear television channels, OTT?).

According to the Mediapro group (which targets 3.5 million subscribers) and its director and founder Jaume Roures, the cost to view matches and various magazine programmes will be 25 euros per month.

What is certain today is that Mediapro will start broadcasting from the 2020 season, through to 2024, airing eight out of 10 games in the French championship per day for Ligue 1 as well as for Ligue 2 (the rights for the other 2 Ligue 1 games are held by Canal + and the two Ligue 2 games by beIN SPORTS).

But what raises questions for the service providers who usually cover French football is that in Spain, Mediapro group produces the matches essentially with its own technical means. The next season may also prove to be difficult for the broadcast services providers in France…