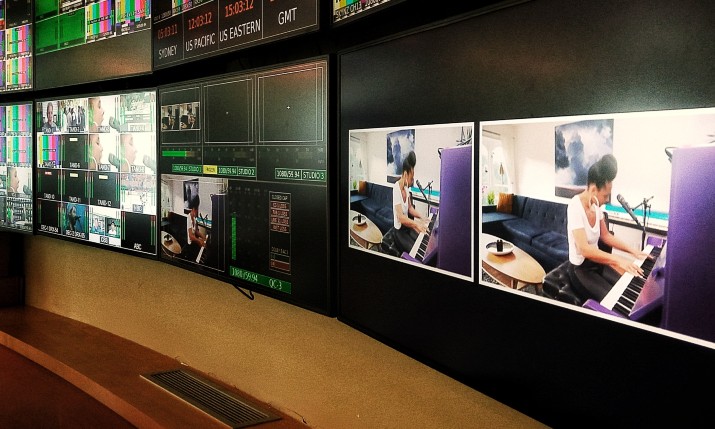 In support of frontline workers in Italy and around the world battling the COVID-19 pandemic, a global audience came together on 3 May for a special live-streamed virtual tribute and fundraising event for relief efforts.

From Milan with Love, sponsored by Italian football club AC Milan, and Roc Nation, the global entertainment company founded by Jay-Z, paid special tribute to modern-day heroes with a host of appearances and performances from sports personalities and music artists.

The Switch, the platform for the production and global delivery of live video, played a pivotal role in bringing the show to life, providing playout and transmission services for the one-hour live stream which aired on TIDAL, DAZN and AC Milan’s official social and digital platforms.

“Working with world-renowned sports and entertainment organisations to bring AC Milan fans and other audiences around the world From Milan with Love was hugely uplifting,” said David Shearer, senior vice president of sales at The Switch.

“These events are normally put together at relatively short notice, meaning the infrastructure has to be set in motion pretty quickly. It was, as always, very exciting to play an instrumental role in this heart-warming event.

“The Switch has a hugely experienced team that have really showcased their capabilities in bringing this event to life after supporting other incredible COVID-19 related broadcasts, including Global Citizen’s One World: Together at Home, and The Call to Unite.”

Among a range of services, The Switch provided primary backup and record technology, as well as playout and distribution of the main and edited shows. This involved standards conversion and international fibre connectivity from The Switch Los Angeles to various pick-up points, including to London for satellite uplink, and to Milan.

For the main and edited show, The Switch provided playout and distribution services including domestic uplink to Galaxy 17 and domestic fibre to Los Angeles for ESM Productions – a Roc Nation Company.

The funds raised from the event benefitted Direct Relief, a global humanitarian organization aimed at improving the lives of people affected by poverty or emergencies, and Fondazione Milan, AC Milan’s philanthropic arm. Fondazione Milan has thus far raised €650,000 for the COVID-19 relief effort.