Virtual reality for sports production was the focus of a presentation by Adam Cox who is senior analysis for the broadcast and professional market at Futuresource Consulting, an overview that concluded that the relationship between VR and sports has a lot of potential but it will be a slow burn as the industry sorts out a litany of issues and challenges. 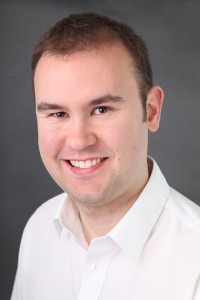 Adam Cox of Futuresource Consulting says that VR will be a slow burn technology that will take time to fully mature.

“[Compared to broadcast TV and being at an event live] the VR experience is the best of both worlds to a certain extent but also the worst of both worlds. It’s not suitable for every sport but that might change in the future. But VR is a potential game changer.”

Cox identified a number of limiting factors for a quality VR experience. First there is the need for a high bandwidth signal that can deliver an image with at least 4K horizontal resolution and at least 60 fps or, ideally, 120 fps.

“If you fall below those you can cause motion sickness and if you introduce that you can kill the experience,” he added.

Another issue is related to stitching the images from different cameras together, something that is very difficult in a live sports environment. There are ways around that, he explained, including using less cameras or wide-angle cameras with a field of view that is 180 degrees. Next VR, for example, uses two 180-degree cameras set side by side to create its stereoscopic VR experience.

And then there is distance from the action. A lesson can be learned from what happened with 3D sports production, namely that if the camera is too far from the action the overall experience becomes lackluster. In addition, it is not possible to use zoom technology within a VR experience to bring viewers closer to the action.

“The most potential for VR is in events held in smaller arenas, like boxing, UFC, or tennis,” said Cox.

And then, last but not least, there are the issues related to the headsets themselves. Anyone who has put on a VR headset understands not only the sense of isolation (which clearly helps with the sense of immersion) but also that the screen is close to the eyes and also generates heat which, in turn, can lead to sweating.

“The current generation of headsets are uncomfortable,” says Cox. “But like all of the current issues it may not be an issue five years down the line.”

For all the technical hurdles Cox is the first to conceded that all the efforts around VR come down to one thing: money.

“VR will allow operators to add value and reduce churn by increasing customer retention,” he explained. “And people may pay for VR but will it become a mass subscription service? No, but at the moment trials are working on VR as a value-added service with short-form content.”

For example, a VR experience could allow viewers to walk on the field with a team and then take the headset off and watch a regular broadcast. And for sports like boxing or UHF there is an opportunity to put a camera in the corner of the ring and give viewers a different viewing experience.

“And advertising is important as well and is a compelling VR experience by its own right,” he added.

The VR hype will certainly continue to grow in the coming months, especially as the camera systems become easier to use, the headsets become more comfortable, and the production techniques become more streamlined. But a survey of 7,000 people conducted by Futuresource found that for all the hype about VR the actual number of people who have experienced it is low. Only 41% of consumers were aware of VR and only 8% of that 41% have tried VR. And while the VR market is expected to become an $8 billion market by 2020 that would still only make it 2% of the overall global consumer marketplace with global penetration of VR headsets to 67 million units which is only 6 % of the market.