FutureSport 2016: Discovery executives to reveal planning path towards next series of Olympic Games 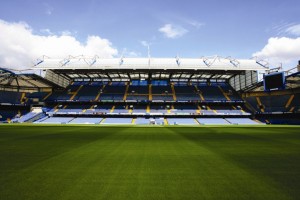 SVG Europe is very pleased to announce that the keynote conversation for FutureSport at Chelsea FC on November 30 will be ‘Olympic Games Discovery: Pushing the Boundaries of Innovation’, in the company of Dominic Baillie, Discovery, Chief Technology Officer, Olympics & Sports and Simon Farnsworth, Discovery, Senior Vice President, Olympic Technical Distribution. This conversation will be moderated by SVG Europe Executive Editor Fergal Ringrose

In mid-2015 Discovery Communications and its European sports broadcaster Eurosport acquired from the International Olympic Committee the TV and multi-platform rights in 50 European markets for four editions of the Olympic Games, from 2018 to 2024.

Discovery is now developing its strategy to bring every moment of the PyeongChang 2018 Olympic Games to more viewers across all screens, looking at migration to IP and cloud for content management and distribution, plus strategic oversight of content aggregation and signal distribution from Olympic Games venue sites to Discovery and to key broadcast partners — following a series of subsequent sublicensing deals for European territories.

FutureSport provides the first opportunity for the SVG community to learn of the colossal task being undertaken by Discovery and Eurosport.