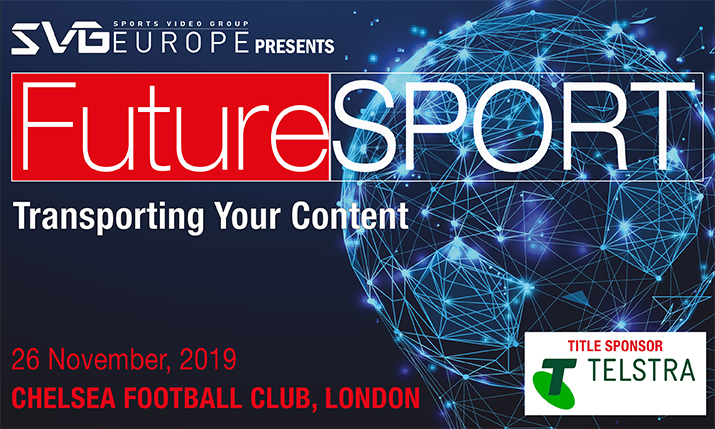 SVG Europe is pleased to announce that registration is now open for FutureSPORT 2019, sponsored by Telstra.

The specially curated one-day event will take place at Chelsea FC’s Stamford Bridge stadium in London on Tuesday 26 November and will pay particular attention to contribution and distribution with sports broadcasting.

The event will also include sessions on volumetric capture, virtualised production and mixed reality viewing experiences.

The full programme and speaker line-up will be announced in the coming days.

As with all SVG Europe events, there will be plenty of networking opportunities throughout FutureSPORT 2019 and delegates will also get the chance to take part in a guided tour of Stamford Bridge.