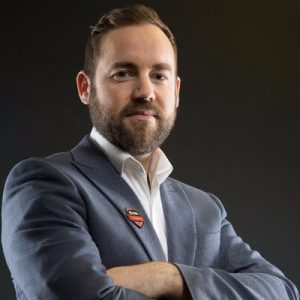 Many sports clubs and federations are in the process of immersing themselves in the world of eSports, as the audience figures and demographics for early movers into this virtual universe speak for themselves.

From this growing new genre, independent eSports companies are emerging and expanding, creating a new type of broadcast backbone especially developed for the eSports market.

In this session, Dean will talk to Heather McLean, contributing editor at SVG Europe, about how the eSports market is now influencing traditional sports broadcasters through its innovative ways of working, and the key synergies between eSports and traditional broadcast production.

Dean said: “Over the years, return on investment in eSports has risen as the viewership has gone up, so in turn budgets have got larger. We’re now collaborating directly with the traditional broadcast industry, but because we’re built up from a very different workflow, we’re now working in this hybrid mode, engaging with traditional broadcasters, but changing up ways of doing things…. As everything goes more into IP, it opens up more and more.”

FutureSPORT 2018 will take place at Manchester United’s Old Trafford stadium on Thursday 29 November. To view the FutureSPORT programme and to register for the event please visit: https://www.svgeurope.org/future-sport-2018