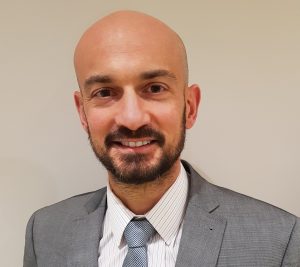 Gearhouse Broadcast has appointed Ollie Bianchi as its lead audio engineer in the UK. Ollie will oversee the many audio projects that Gearhouse is involved in, which include primetime TV series like The X Factor, Britain’s Got Talent and I’m a Celebrity… Get Me Out of Here!

During a career in the TV industry spanning more than 20 years, Bianchi has been responsible for over 200 Formula 1 International Feed broadcasts, and covered events as diverse as the Winter Olympics, UEFA Champions League, Wimbledon tennis and the Iraq War. Having begun his career at Formula One Management (FOM), Ollie moved to Sky as a studio sound supervisor, later returning to FOM as principal audio engineer. He has spent the past four years working as a freelance audio engineer.

“I’m delighted to be moving to Gearhouse Broadcast to work with its talented UK audio team,” said Bianchi, adding “the calibre of the projects they are involved in demonstrates how highly thought of they are within the industry. Gearhouse is renowned for being among the first to invest in the latest audio technology, and offers real value and innovation to its customers.”

Ed Tischler, Gearhouse Broadcast UK’s managing director, said: “Ollie has built a reputation over the years as one of the most reliable and versatile audio professionals out there, so we’re delighted that he’ll be joining our audio team. He has proven experience in large scale broadcast events and installation projects, and extensive knowledge when it comes the latest audio technology and trends.”