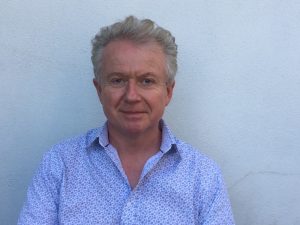 SVG Europe is delighted to announce that Genelec is the latest company to join its roll-call of Gold Sponsors. Founded in 1978 and based in Iisalmi, Finland, Genelec is a manufacturer of professional audio monitors. Genelec’s design philosophy is based on delivering performance-driven, tonally neutral monitors, while focussing on sustainable development and environmental values.

Genelec’s development of active monitoring technology has been closely linked with the broadcast industry right from the outset – in fact, the birth of the company was driven by Finnish broadcaster YLE’s request in 1976 for an advanced active monitor design for their new Helsinki radio studio. When designers Ilpo Martikainen and Topi Partanen delivered the first prototype to YLE, that set in motion two years of development that led to Martikainen and Partanen founding Genelec, and introducing the company’s first active monitor – the iconic S30.

From the S30 to the cutting-edge 8430 AoIP monitor and ‘The Ones’ point source coaxial monitors, Genelec’s product development has always been both innovative and revolutionary, providing an unwavering consistency of sound quality across the entire range and a bullet-proof reliability that broadcasters the world over rely on daily. From the smallest edit suite to the most ambitious immersive audio system, Genelec provide a monitoring solution that allows the user to make accurate, informed mix decisions – so that, as one high profile post production engineer has noted, “When you get it right on a Genelec, it’s right everywhere.”

Genelec has also been totally driven in its desire to remove the room’s influence as much as possible from the sound that the listener is hearing – so while encouraging good acoustic treatment and careful placement of their monitors wherever possible, Genelec also provides the user with a range of calibration tools, from rear panel room correction switches through to the sophisticated GLM auto-calibration software. GLM allows Genelec’s SAM family of monitors to be calibrated for the listener’s studio, to ensure reference listening, loudness compliance and excellent translation between rooms.

Explaining the decision to become an SVG Europe sponsor, Genelec marketing director Howard Jones comments: “Genelec’s birth in 1978 was the direct result of a collaboration with Finnish broadcaster YLE, so from the outset the company has been extremely closely involved with the broadcast industry. For us, sports coverage is always pushing the technical boundaries of what can be achieved in broadcasting, and this resonates with our own innovative approach as a loudspeaker manufacturer. By becoming an SVGE sponsor, we’re looking forward to getting closer to the world’s top sports broadcasters and understanding even more clearly the technical challenges they face. If that can help us to design products that continue to make their life a little easier, then everyone wins!”