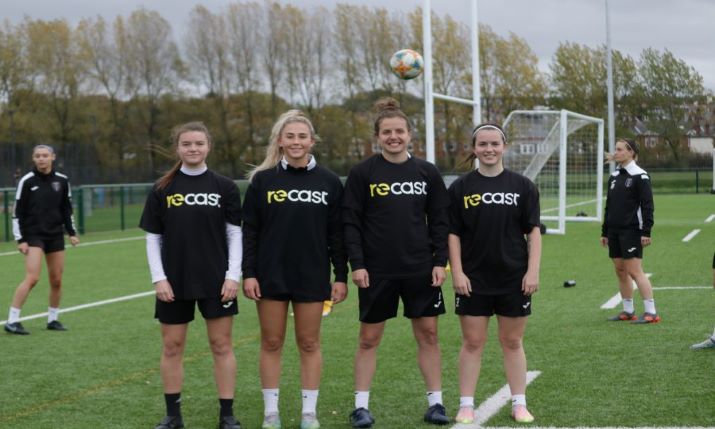 Extended first team match highlights, exclusive full-match replays, behind-the-scenes interviews and action from academy sides will all feature on the Scottish Women’s Premier League (SWPL) 1 team’s Recast channel, which will allow fans to generate money for the club as they watch through its micropayments system.

All funds generated through Glasgow City FC’s Recast channel will be reinvested into the club. The announcement follows a successful pilot with their academy, with content already proving popular with fans.

Glasgow City FC’s upcoming clash with Hibernian Women FC at the Tony Macaroni Arena on 7 November will be the first live match featuring the club to be broadcast on Recast.

The announcement comes during Scottish Women and Girls in Sport Week, with the partnership making it easier for even more fans to follow the 14 times SWPL champions.

Callum Patterson, head of media and content, Glasgow City FC, said: “We are delighted to partner with Recast. Glasgow City TV launched in 2013 to enhance and showcase further what the club is all about – championing women and girls. In this era of the rise of the women’s game, we have expanded our social media and video for our fans. Now, this partnership presents our fans with a brand-new way to support us and be at the heart of the club with direct, affordable and flexible access to the content they want to see from the club, allowing them to engage in a fresh and innovative way.

“By joining Recast not only can we as a club explore new revenue streams, but it also enables our fans to directly impact our future success and brings them closer to what we are achieving. Since launching with academy content, we have seen a very positive reaction and we are confident our channel will go from strength to strength as we also put the spotlight on the first team. We are excited to see our relationship with Recast grow.”

Recast founder and CEO Andy Meikle said: “Since it was founded in 1998, Glasgow City FC has blazed a trail in Scottish women’s football, showing others what it takes to succeed, and we are thrilled to have the club join Recast.

“The popularity of women’s football, and women’s sport in general, is surging at the moment, and Recast is helping clubs, such as Glasgow City FC, and athletes capitalise on the increasing interest in a way that works for rights holders and fans in equal measure.”