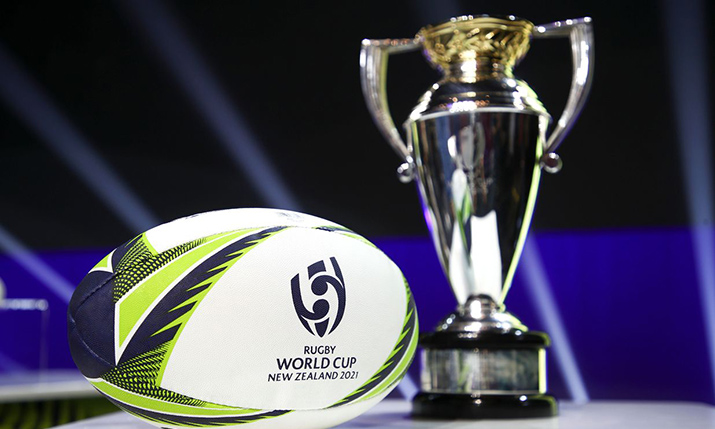 World Rugby has re-appointed Host Broadcast Services (HBS) as the host broadcaster for the men’s and women’s Rugby World Cups.

Following the agreement of the deal, the Infront Sports & Media-owned organisation will provide turn-key services for the women’s Rugby World Cup in New Zealand later this year and the men’s edition in France in 2023, focusing on what the federations describes as “innovative content creation and accessibility to broaden the reach and appeal of the sport’s showcase events in a sustainable manner.”

This will include partnering with World Rugby on the overall production plan and project management of the pinnacle men’s and women’s 15s events, creating a “seamles”s environment for the provision of broadcast equipment and technology, staffing expertise across match venues and the implementation and running of the International Broadcast Centre (IBC) as well as servicing rights-holding broadcasters around the world with satellite distribution, digital services and content creation partnering with World Rugby’s content and digital teams.

World Rugby chief executive Alan Gilpin discussing the agreement said: “We are thrilled to renew our strong collaboration with HBS to provide state-of-the-art broadcast coverage of our showcase tournaments. Millions of fans worldwide will watch Rugby World Cups 2021 and 2023 thanks to HBS’ delivery and they will engage with rugby’s biggest event like never before through exciting broadcast innovations, all delivered with sustainability and efficiency in mind.”

“The women’s game – from the pitch to the boardroom – is a major growth focus for us, and we are very much committed to harnessing the incredible energy of New Zealand to inspire more women and girls to join the rugby family.”

Rugby World Cup 2019 in Japan was the most-watched rugby event ever with more than 857 million people around the world following the action via World Rugby’s network of rights-holding broadcast partners, an increase of 26 per cent from the previous tournament in England.

The event saw the cumulative live audience grow from 479 million in 2015 to 501 million in 2019 – a five per cent increase – despite the time difference to the traditionally dominant rugby broadcast markets of France and the UK.

HBS chief executive Dan Miodownik added: “We are delighted to have been trusted by World Rugby once again for the delivery of their major events and look forward to delivering Rugby World Cups in New Zealand and in France. Such landmark events, in the heartlands of the sport, are great opportunities to work closely with World Rugby to present a comprehensive and engaging product to their rights holders and, in turn, audiences around the world.”

A return to France, the scene of a memorable men’s Rugby World Cup in 2007, a major market for rugby and host of the Paris 2024 Olympic Games, represents a golden opportunity for the sport to reach more people in more nations than ever before, World Rugby said.

World Rugby and HBS also aim to harness the award-winning successes of 2019 to inject new innovation and excitement into the broadcast offering for Rugby World Cup 2021, playing in 2022, in New Zealand. This will be the first women’s edition of the tournament to be held in the southern hemisphere, in the home of the world champions, the Black Ferns.

Gilpin concluded: “We are particularly excited about HBS’ plans for Rugby World Cup 2021, playing in 2022, and the opportunity to showcase the pinnacle of women’s elite rugby to new audiences via HBS’ broadcast expertise for the first time. The women’s game – from the pitch to the boardroom – is a major growth focus for us, and we are very much committed to harnessing the incredible energy of New Zealand to inspire more women and girls to join the rugby family.”

The Women’s Rugby World Cup in New Zealand will take place from 8 October until 12 November 2022.