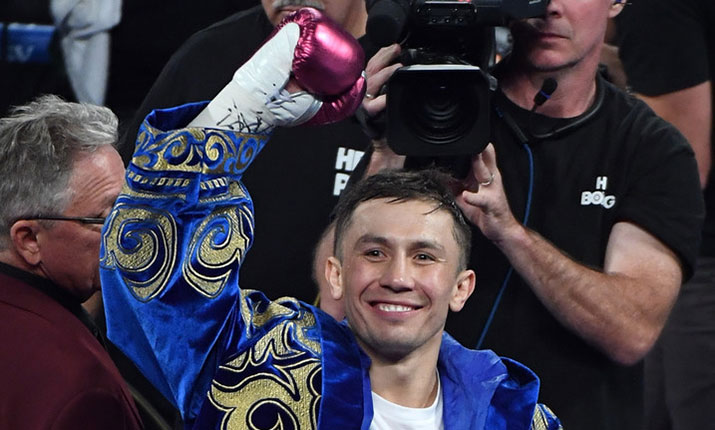 Gennady “GGG” Golovkin has become the latest big-name boxer to sign a broadcasting deal with DAZN, the live and on-demand sports streaming service.

Other fighters to sign with DAZN in recent times include Anthony Joshua and Saul ‘Canelo’ Alvarez.

While his most recent bouts have been on pay-per-view, Golovkin’s fights will be made available to all DAZN subscribers at no extra charge. In addition, GGG Promotions will present two cards per year on DAZN beginning in 2020.

The Kazakhstan born fighter, who lost his WBC and WBA world middleweight titles in a narrow defeat to Alvarez in September 2018, plans to return to the ring in June against a thus-far un-named opponent.

DAZN Group executive chairman John Skipper said: “Gennady Golovkin is a generational talent with international appeal. We’re confident he will bring his passionate fans to the platform as we produce tentpole events with his team over the next several years.”

As part of the deal, Golovkin also becomes a DAZN ambassador, lining up alongside the footballers Cristiano Ronaldo and Neymar, among others.

Golovkin’s fights will be available in all DAZN markets, in addition to his native home of Kazakhstan.

DAZN is currently available in Austria, Brazil, Canada, Germany, Italy, Japan, Spain, Switzerland and the US.