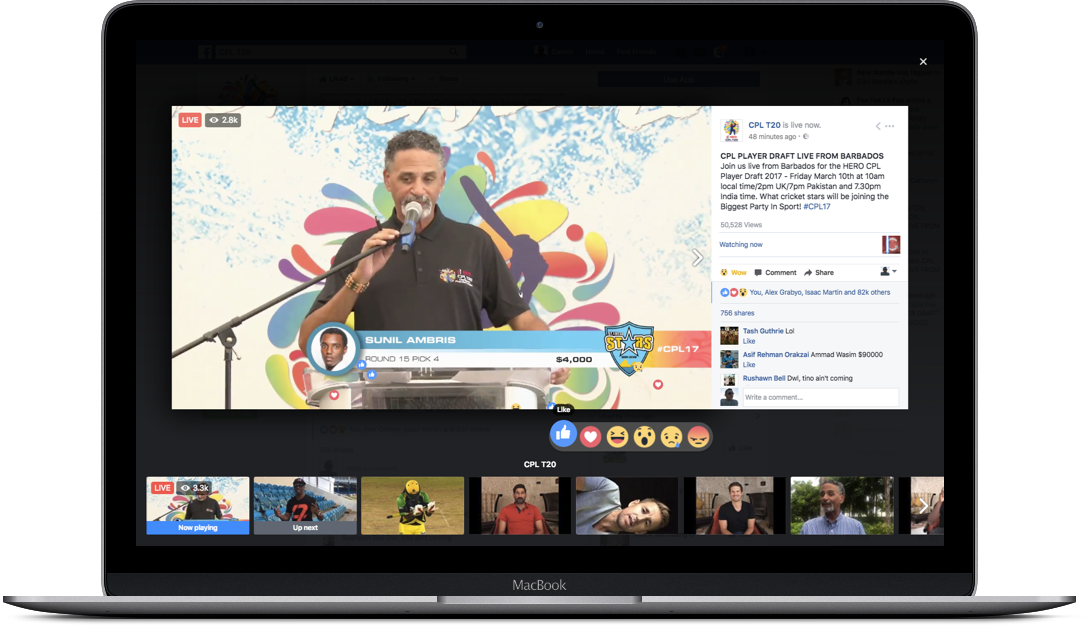 The system is designed to help content creators deliver high-end live shows with multiple streams, live feed switching, live mobile video inputs, rich graphics overlays and animations, VOD insertion and instant highlights. The system can simultaneously publish content to Facebook, YouTube, and Instagram as well as apps and Websites owned and operated by the rights holder or leagues. OTT services can also be fed by the system. The system also has integration with third-party graphics tools so that users can upload already created graphics. Scorebugs, Facebook and Twitter comments, and other content can also be integrated.

“It empowers the digital production team to create digital-first social media content,” says Mike Kelley, president of Grabyo Americas. “The digital teams at broadcasters have been dependent on the broadcast side for live streams and they can now manage a social broadcast on Facebook or multiple feeds independently. “People are really thirsty for this kind of system and we think it’s a game changer.”

Integration of data and interactive elements is also a big part of the system. For example, enhanced graphic overlays can be pre-built and then be tied to data systems that can update, populate, and animate the overlay in real time. And social media features, like Facebook comments, Tweets, and even polling can also be published and played out and there is also third-party app integration.

The system is also designed to work with production tools like the Newtek Tricaster so that remote production teams can operate with more cost-effective production systems.

“High-end productions can be very expensive and we wanted to replace some of that heavy equipment at remote locations,” says Kelley. “All you need is an Internet connection and a Mac or PC.”

The system is already in use in the sports production environment as the Hero Caribbean Premier League (CPL) uses it to deliver a remote production for the livestream of the 2017 CPL Draft on Facebook Live using Cloud Producer. As the draft unfolded, the CPL was equipped with the tools to seamlessly insert pre-recorded video segments and live graphics into the live stream. The event was streamed on the CPL’s Facebook page, resulting in more than 616,000 views and generating nearly 100,000 video engagements.

“The Hero Caribbean Premier League was delighted to work with Grabyo once again to create a unique, digital-first broadcast for Facebook Live,” said Caroline Smith, Head of Digital for Hero CPL. “We used Cloud Producer to insert graphics overlays and pre-recorded VOD content in real-time and that helped create a top-quality and innovative live broadcast that extended the reach and establish a new audience of followers.”

Kelley says the next step is to add an ad insertion system right into live streams, a move that will help rights holders more easily monetize digital streams.