Grand Slam: Inside Roland-Garros with HBS in its second year working with the Fédération Française de Tennis 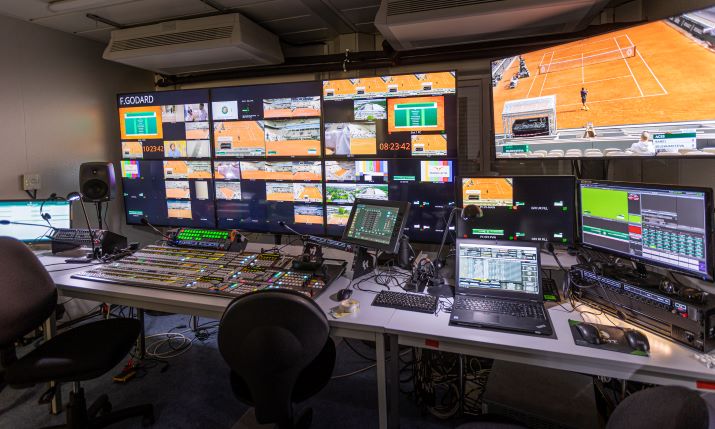 Host Broadcast Services (HBS) is in the throes of its second year at Roland-Garros working with partner, Fédération Française de Tennis (FFT), which took over as host broadcaster for the Grand Slam last year. While many of the major innovations came in 2021 as the FFT revamped its production, there have been a few interesting changes to the technologies being used this year.

Here, we catch up with Philippe Oziol, project director for HBS on Roland-Garros, to find out how the production is going.

What did you learn last year, and how are you moving the production forward in 2022?

We learnt a lot about the deployment itself and the ergonomics of the facilities, but, also, we learned a lot about the expectations of the Fédération Française de Tennis (FFT) and their broadcasters.

“For the first year we will produce the four main courts in UHD HDR, including three of the courts with audio multi-channel mix. On the audio side, we repositioned and added microphones to better capture the sound of the clay when players are sliding”

A tennis grand slam tournament is such a massive production, in regard to the number of simultaneous matches during the day and also at night. This requires a very thorough operational planning and preparation in all areas. Sharing of information and detailed briefing of all parties involved is key, as well as making everyone aware of what we distribute in order to ensure a consistent delivery.

To achieve this in the short time leading up to the tournament we had to streamline all workflows to be able to deliver the best possible content to broadcasters, helping them to create their own programmes. 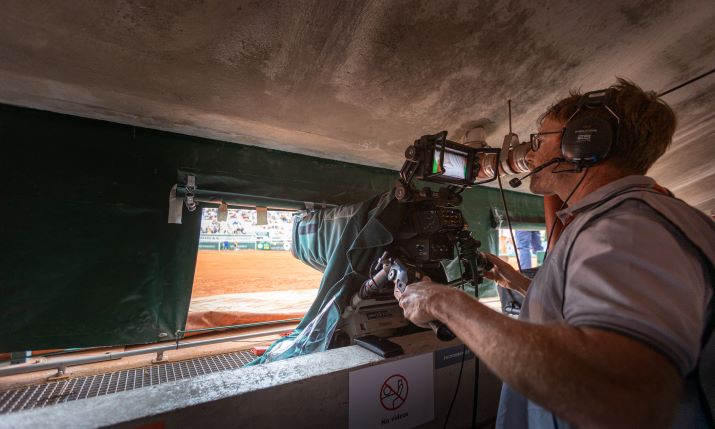 What exactly are you doing for Roland Garros 2022?

For the first time this year we have a full IP-based production, which allows us to be more efficient and agile and to share signals between the 22 productions galleries.

An IP system of this scale, with multiple galleries and users in an almost 24/7 operation, implies a strict management of maintenance and troubleshooting outside of operational hours. It requires specialist knowledge and we have experienced that it is very difficult to troubleshoot certain failures while on air.

Mission critical components are designed in a redundant manner, hence a single point of failure (eg, of one of the control systems,) does not always require to be immediately resolved and is better restored during the night when no production is active.

What’s new from your perspective for 2022?

For the first year we will produce the four main courts in UHD HDR, including three of the courts with audio multi-channel mix.

On the audio side, we repositioned and added microphones to better capture the sound of the clay when players are sliding, as this is an iconic constituent of the Roland-Garros tournament.

What key equipment is being used and why? Any changes or evolutions and innovations for 2021?

The full IP-based solution allows us to have a unique core equipment from production to distribution.

A unified camera set up (similar sensors, mainly Sony HDC3500/5500/P50 type hard cameras) in combination with a full IP production environment, sharing sources and resources across all production facilities, has streamlined the overall installation into a much more compact footprint.

For the first time at Roland-Garros, coverage of 11 courts is produced remotely using ViBox and remote camera systems.

What is the general production workflow from the courts to main production gallery and out to rights holders?

All courts are produced with the same pivot format to ensure the quality, and to be able to share content within the different galleries. To magnify the clay, and to ensure the quality of the pictures, we created a specific HDR workflow and a dedicated shading room where supervisors ensure homogeneity between courts.

All video and audio deliverables are checked by quality control which can communicate with the different galleries.

A Master Control Room is in charge of validating all feeds produced and their distribution to broadcasters.

What’s the biggest challenge for you, in your second year working with Roland-Garros as host broadcaster?

To ensure and maintain the technical and editorial quality of our delivery to broadcasters and FFT during the tournament.

What is on site and what is off-site this year, and how are you using IP and cloud technologies to enable this workflow?

We produced 11 courts remotely based in the north of Paris. The 11 galleries have two secured direct links with Roland-Garros and the IP base core equipment. The media management and logging are done in this remote production centre.

All content produced can be accessed from all around the world, through a dedicated interface called ‘RGlive’ server with a secure delivery. It allows each broadcaster, through a web interface, to have access to a specific library where all content is stored and logged.

And finally, how many people are you bringing on site to make this production work?

The total set up represents 660 people on site and 90 involved in the remote production.