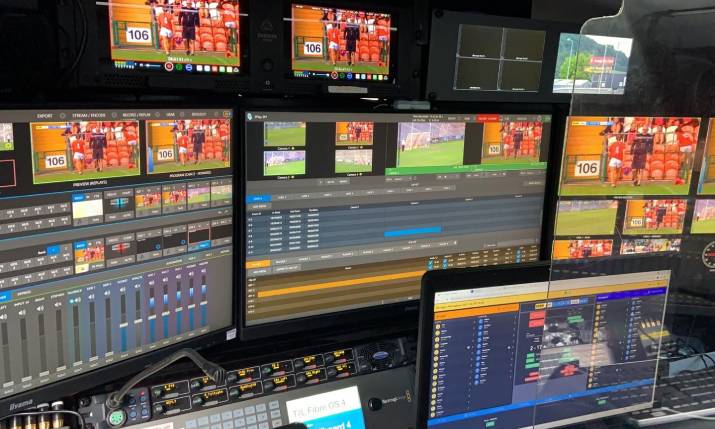 Developed by Ryan McKenna, executive product manager for graphics and automation at the BBC Technology Group, RowZed is a cloud-based system that drives HTML graphics in real time across streams and linear TV.

It came out of a collaboration between BBC Design Scotland and BBC Sport in Salford, called the Sport HTML project. A full suite of motion graphic templates were developed in HTML to cover football, rugby, and snooker.

RowZed is a cross-platform web app that makes use of opensource technologies. The system can provide a web template source that can be added as an input to cloud production platforms such as OBS Studio, Grabyo and vMix. Additionally, by using CasparCG and a Decklink card, RowZed can control a video source delivered via SDI or NDI.

BBC Sport began work on a Streaming Lab in Salford 2018 in response to challenges introduced by several freezes to the licence fee. On why RowZed was created, McKenna states: “The consequences of less funding sometimes mean less of the premium tournaments, but BBC Sport pledged to broadcast 1,000 extra hours of live sport a year.

“The goal was how to ensure that graphics are flexible, scalable and cost effective for TV, streams and ‘red button’ content. Broadcast graphics were very expensive before HTML became practical for real time graphics, and now we’re clearly seeing more focus in web technology post-pandemic. We can look towards web animation working with linear and digital, real time and files, and tools, working remotely or on-prem,” McKenna explains.

As to the development of RowZed, which was ultimately created with BBC Scotland, BBC Technology, BBC Sport, and BBC R&D working together, McKenna says: “They were building a streaming lab, which ended up being put into production use as a streaming gallery, but they were kind of stuck with what to do for graphics.

“We’d been working with CasparCG at BBC Scotland for BBC Alba’s sustaining service, so I knew it was promising in that that we could add HTML graphics, and it’s really capable when it comes to streams, because you can have multiple graphic sources. It was a case of rebuilding all the existing VizRT graphics as web components. RowZed was like a companion for the templates. We wanted to have an app that people could control and use to drive the graphics.” 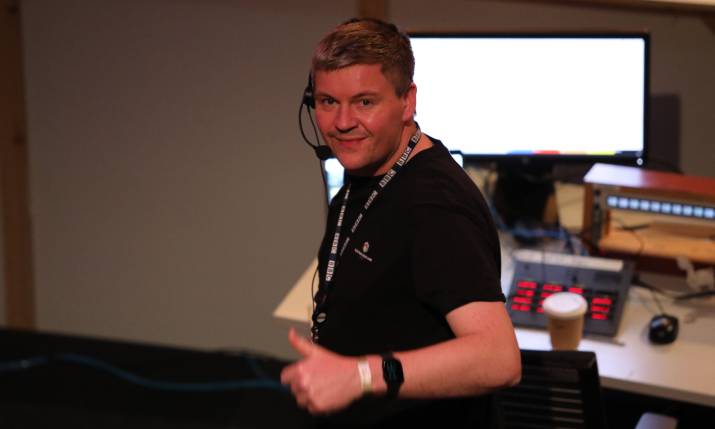 The RowZed project kicked off in May 2019, and the initial goal was to be ready to broadcast a match in four months’ time. The work done during that time was to recreate all match graphics in HTML, do user research to develop requirements, create a control application, train users, test, and then deploy the application.

“They love it. We recently did a bit of an anonymous survey to find out what people think. And we’re getting high nines for satisfaction and high nines for ease of use. That’s what you want, as a product manager, you want people to be happy using your products”!

McKenna described the process: “Research was conducted by observing gallery staff, seeing how they work and what challenges they face in tense environments. We learned so much being at the desk. One observation was how social posts were found, aggregated and then emailed over to the operator. This led to some of the features we have today of pulling from the Twitter API and giving the producer full control over aggregation and playout.”

During the development phase, users had the opportunity to test the app by creating animated graphics for recorded matches, and the team went through a process of acceptance testing to ensure the product was ready. “The initial coverage we aimed for was early FA Cup qualifiers,” says McKenna. “The first match was August 2019: Punjab United versus Broadbridge Heath. Now I’m hooked on the stories and glory of the FA Cup!

“Since then, we’ve added further sport user interfaces: Rugby League, Rugby Union, snooker, shinty and GAA,” says McKenna. “We even added Kabaddi last year, reaching new audiences with affordable graphics. A big step for us was creating the rundown section of the app, which has let us explore productions outside of sport, such as Springwatch and the Reading/Leeds festival.” 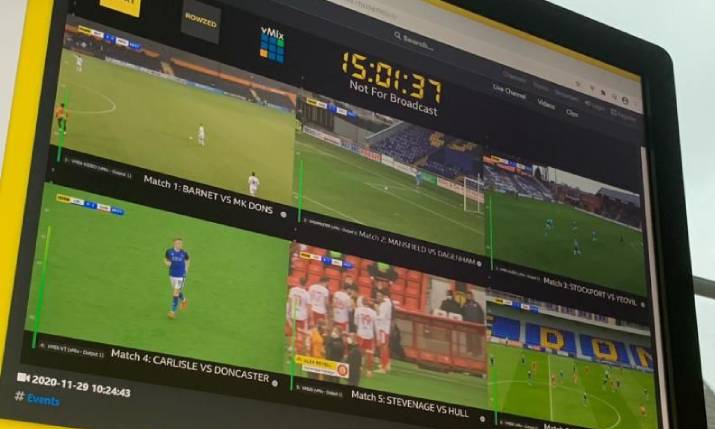 “When you’re using RowZed, it really is what you see is what you get,” he says. “The system does most of the work for you. This is what it’s all about. Make it as simple as we can for production to drive the graphics,” says McKenna

McKenna spoke of the aims for the application, “Our main goal is to make tools that people really enjoy using to allow staff to get tasks done efficiently,” he says. “RowZed has scored high in any qualitative research we’ve undertaken; high nine’s for ease of use, satisfaction, and goal accomplishment. We’re happy when users are happy, and it’s always good to hear directly from them on features and suggestions.

“They love it,” he says of the producers. “We recently did a bit of an anonymous survey to find out what people think. And we’re getting high nines for satisfaction and high nines for ease of use. That’s what you want, as a product manager, you want people to be happy using your products.”

McKenna emphasised that the interests of the end user have been at the heart of the development work. “When you’re using RowZed, it really is what you see is what you get,” he says. “The system does most of the work for you. This is what it’s all about. Make it as simple as we can for production to drive the graphics. That means for selected broadcasts, we can have it simpler for them to drive up without the cost and the need for external operators.”

McKenna says that the response to RowZed has been very positive. “I think one of the key moments was during the pandemic,” he says. “The BBC were approached by the FA who were struggling because they couldn’t get fans to the grounds. They asked the BBC if they could scale up the number of matches that they covered. BBC Sport was asked if it could do eight matches in one day, which is completely impossible using standard technology. You’d need a traditional gallery, and obviously the cost of all the equipment and graphic renderers and everything else.

“So, we thought, well, we can put RowZed in the cloud, run it off AWS, and have producers sitting in their kitchens, or at their dining room tables, adding the scores to the matches as they watch. It was a combination of RowZed and vMix, all in AWS covering eight concurrent matches.”

The remote capabilities of RowZed continue to be used even post-lockdown. “The BBC has to be flexible,” explains McKenna. “It’s about letting people work where they want. It’s quite a clear mission for BBC Technology in terms of strategy that we should be providing tools to people no matter where they are, if they’re on base or working remotely. The web tech and managed services in the cloud just fits in with this.

“I would say one of our main missions in the graphics and automation team is to provide universal access to quality branded graphics. Now the audience is getting the consistent brand that you would see on March of The Day all the way down to a Scotland under 21 match that’s been recorded on a WMT and not much more than that. What we’re aiming for is a consistency of the brand. You’re getting the kind of finished product that you would expect from the top-level productions.”

Apart from the benefits that come from being able to support remote working, McKenna emphasised the environmentally friendly aspects of the system. “When you can get that number of graphics streams from machines that you can switch off at the end of the broadcast, then it’s pretty cool,” he says. “Even from a sustainability angle, you’re not using all that kit, you’ve not got people travelling to the grounds and using all the consumables that you’d expect. I think it’s definitely a step forward for sport graphics.”

The improved economics that RowZed affords has made it on to audiences’ screens. “It makes great sense for the business, because the BBC are able to produce graphics that are much lower cost,” says McKenna. “Because BBC Northern Ireland has started to use RowZed, they’ve been able to triple the number of matches they cover. By making it affordable, what we’ve actually done is make more content. You enable people to produce more matches and streams because of the reduced costs. So that’s something I’m really, really happy about.”

Not content to rest on his laurels, McKenna is already looking at expanded possibilities for RowZed. “BBC R&D have a project called Statto, which was tested out during the World Cup,” he says. “They were embedding graphics into the SMP, the standard media player that’s built into iPlayer. On selected matches you could bring up stats and you could also scrub back through the timeline to go to points in the match: goals and halftime and everything else.