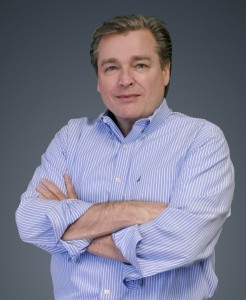 As recently reported by SVG Europe, US-based real-time data integration, graphics presentation and video enhancement solutions provider SMT is in the process of establishing a new office in the UK to serve its customer base there and across mainland Europe. Now, in a new interview, SMT founder and CEO Gerard J. Hall has elaborated on the whys and wherefores of the new operation.

With a long track record of success in the US, in particular, the first question must necessarily be ‘why the UK and why now?’ “Well, I was born in Glasgow so personally I have a long history with the UK,” laughs Hall, “but as a company too we have many enduring relationships with clients based there. We have also had extensive involvement with [events taking place in the UK] such as The Open and London 2012, where we provided the official in-venue scoring for the tennis.”

The same goes for mainland Europe, where repeat projects have included the Tour de France, for which SMT has provided services on behalf of NBC Sport and Roland Garros itself, among others. “We have had deep relationships with these entities for many years in some cases, so we just thought it would be a lot easier to service these clients from a UK location. It will also make it easier to pursue expansion through new projects and services,” confirms Hall.

Well-established in the US market through high-profile clients such as the NBA, NHL and NASCAR, SMT’s data and visual graphics platforms, systems, and products can track any sports entity in real time, including tracking ball position and player position; assist officials with line calling; and provide officials with tools needed to efficiently and effectively review video to make official rulings.

Among specific plans in the works for its new operation, SMT intends to launch its next-generation computer-vision platform, dubbed Eden, from its UK office. Under development for the past 30 months, SMT’s Eden technology will provide TV broadcasters with a capability for covering full broadcast sports action using only unmanned camera positions.

According to the company, the Eden platform uses SMT’s computer-vision engine and computer-decision algorithms to intelligently control camera and lens servos to automatically track and capture all relevant sports action without the need for dedicated camera operators.

More imminently still, SMT hopes to have 20 full-time staff in place by year’s end – “significant hiring announcements are expected within the next 60 days,” said Hall at the end of June – while “strategic acquisitions” also appear to be in the offing.

“That process [of strategic acquisition] began in 2012 when we purchased IDS (Information and Display Systems), based in Jacksonville [Florida],” says Hall. “We are looking at some possible ones in the too, although I cannot disclose which… but yes, that is pat of our plan to establish this base camp in the UK.”