Grave challenge: Behind the plan for Gravity Media’s broadcast of the epic Pho3nix Sub7 and Sub8 triathlons 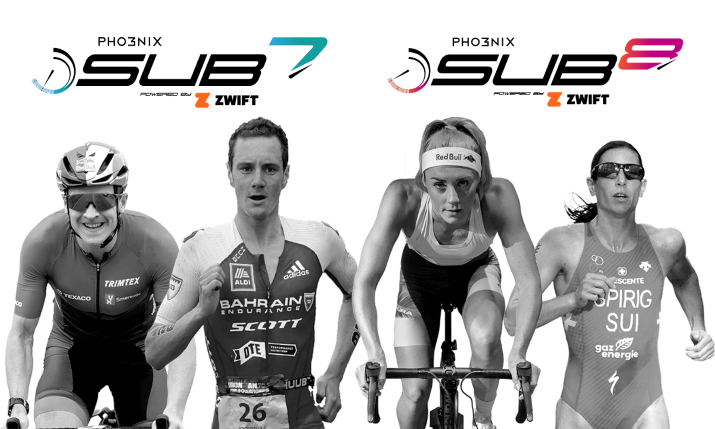 Gravity Media was recently named the broadcast partner for the Pho3nix Sub7 and Sub8 Project, two daring triathlons pitting the best against the best, which are set to take place on 5 to 6 June 2022 at the Dekra Lausitzring in Germany.

Mana Sports and Entertainment Group, which oversees Pho3nix Sub7 and Sub8, will be setting four of the best athletes in the world against each other and the clock in an event that will televised by Gravity Media.

Here, SVG Europe caught up with Mike Purcell, head of production for Gravity Media in Australia, about the challenges and details behind this complex production.

How are you tackling such an incredibly long race, in terms of the time it takes for the races? Are you providing continuous coverage and how are you planning that out? What’s your storytelling plan?

When Mana Sports and Entertainment Group approached Gravity Media with the groundbreaking Pho3nix Sub7 and Sub8 Project, it sent the mind racing but in a good way. To deliver 9.5 hours of continuous coverage that pits four of the world’s best athletes against each other in a bid to break the seven hour (men’s) and eight hour (women’s) marks for the full distance triathlon, pushing the limits of what’s possible and delivering the sport to a global audience, while keeping viewers engaged throughout, presented exciting opportunities for storytelling and the broadcast production.

Our storytelling tools will consist of dedicated athlete cameras on course, live crosses to pacemakers and coaches, backstories from content collated, and created over the past two years, on-screen data graphics, an expert commentary team and special guests consisting of professional athletes past and present.

The coverage will be crafted in a way that you will be able to join in at any time throughout the day and immediately know the race story. At no point will the live race feed disappear from screens and picture in picture will be used for feature stories, graphics, and live interviews.

On-screen graphics will track the athletes progress but also highlight targets and pace they must reach during each leg in their attempts to break the seven and eight hour race records.

The key is to continually keep the coverage engaging and informative for all. Enough so, to get comfortable on the couch and stay with us all day!

There are many challenges for the Sub7 and Sub8 triathlon coverage. We took everything into careful consideration, from our available footprint, connectivity, and scale of the course. It was decided that a remote broadcast production solution was best. Up to 15 cameras, (including two water polecams, helicopter, drone, jib crane and five motorbike cameras), will be sent via 4G bonded broadcast technology over nine hours from on-site in Germany to Gravity Media’s Production Centre in Sydney, Australia.

This broadcast method has been a proven success on many of Gravity Media’s turnkey projects, such as road and track cycling, music production, and a mix with traditional RF where the ease of camera relocation in remotely distanced locations is suited to 4G and 5G technology.

Viewers will also be privy to inside the race director and team cars via the on-board cameras and audio, capturing all the race stories and ‘fly on the wall’ moments. The camera plan has ultimately been designed to have a dedicated camera focussed the four athletes at any one time, anywhere on the course to capture all the drama and key moments.

A production and facility broadcast team of 42 people will be on-site providing cameras, audio, commentary station, edit suites and IP communications. All the individual feeds will be sent back to GM’s Production Centre in Sydney where the downstream gallery, (staffed by 10), will perform the camera switch, data graphics and VT inserts integration, to produce the live programme output. The Sydney producer and director will be the final voices for the production, directly in communication with on-ground commentators, camera operators and producers.

In addition to the live broadcast, a highlights documentary team will be following the athletes and stories of the event. The programme will be post-produced at our Production Centre in Sydney for release in June.

What is the plan with the bookending programmes for this? What are you using for the technical analysis?

The races will be bookended by a preview and post show. The preview show will set up the race day with athlete backstories highlighting the long road to reach this moment. The post show will dissect and highlight the athlete’s performances, and hopefully celebrate two historic achievements in breaking the seven and eight hour marks.

Our technical analysis and innovations come in the way of how graphics and data are collected and communicated. Again, going back to accurate and engaging storytelling. Are the athletes on track for the timing split at transition? Or, on current times and speed are they behind or in front of the pace required in each of the disciplines to break the seven and eight hour barriers?

Also, a major fan interest and science in triathlon is the body engine and how it is performing during a gruelling seven or eight hours of swim, bike and run. A dashboard graphic will inform, displaying heart rates, watts, cadence, power, and speed.

The incredible technological developments that have been crafted by the athlete’s equipment and nutritional partners is significant, and will change the landscape of triathlon with the new products that will come onto market to make triathletes faster.

With the programming going out on the league stream and social media, are there any particular things you’ve had to take into consideration on formatting or theme to make wat you produce appropriate for this medium?

We have planned for any platform, be it social or traditional broadcast. Although we are mindful that many viewers are on the move, viewing at the gym or on the bus, and will watch on a tablet or even on a mobile phone.

That said we have sized the on-screen graphics to suit for both small and large screens. It’s very important that the broadcast is watchable on all devices.

I do suggest you park the bike to watch! Some viewers will be on the gym bike or treadmill via YouTube or Facebook, which is much safer.