Gravity is brought to bear on 2020 Pakistan Super League Cricket 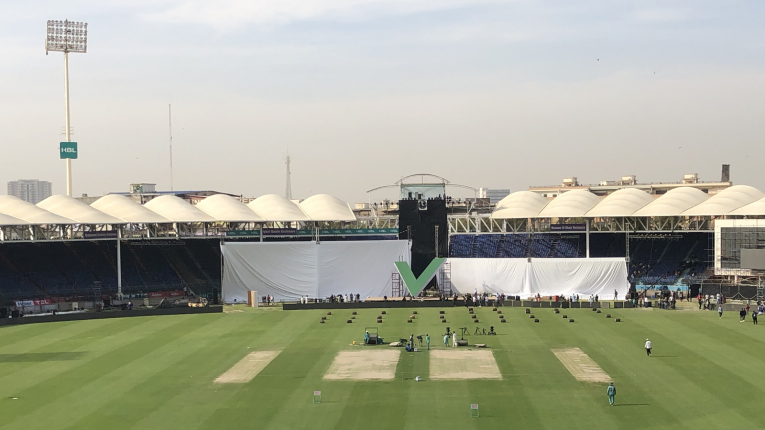 The tournament consisted of 34 matches held across 26 days in four different venues in Karachi, Multan, Rawalpindi and Lahore. It was the largest sports TV broadcast in the history of Pakistan sport, with a tier one international crew of the best talent sourced from all around the world.

There were over 150 people involved in the broadcast utilising two Flypacks – including one of Gravity Media’s cricket Flypacks — weighing over 20 tonnes which were brought into Pakistan from the UK and Australia. The Flypacks were rigged and de-rigged across the four venues – with some locations over a 1000km drive apart. The set-up involved a total of 64 cameras including drones, Hawk-Eye and Spidercam.

Coverage of the tournament included live pre- and post-game studio shows for each match of the PSL and Steve Norris of Gravity Media was the executive producer of the event working on behalf of Sportzworkz TV.

The knockout stage of the tournament was suspended due to the coronavirus pandemic. The PCB is looking at whether to declare the winner of the tournament based on the league standings, or to play the matches at a later date.