Gravity Media has appointed Masahiko (Masa) Kato as its director of business development for the APAC region as the company looks to bring Gravity Media’s range of services and approach to live and as-live production to the Asia-Pacific market. Masa will be based in Tokyo, Japan and joins from Hitachi Kokusai Electronic, where he has worked since 1981 and was most recently corporate officer and general manager of its video and communications systems business unit, where responsibilities included overseeing its global sales strategy. 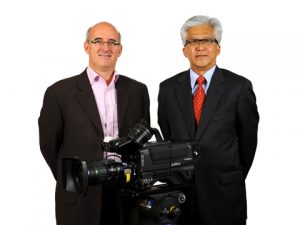 The appointment is important for Gravity Media as it diversifies its businesses into new areas and territories, while expanding the range of services it can offer to customers. Following substantial investment from TowerBrook Capital Partners in September 2016, the owner of Gearhouse Broadcast and Hyperactive Broadcast has made several key strategic moves including the acquisitions of Input Media in the UK and Genesis Broadcast Services in Germany.

Discussing the appointment, Eamonn Dowdall, chief revenue officer at Gravity Media Group, said: “We’re seeing real momentum build within our operations in EMEA, Australia and North America and are now getting increased demand from across Asia for our services, so it’s important we can address this locally. In Masa, we have found the ideal candidate for this job, someone who is hugely respected, has a wealth of relevant experience, and has worked alongside us previously as part of our successful sales partnership with Hitachi Kokusai Electronic. We look forward to him helping us to better serve this important region.”

Masa added: “I’m delighted to be joining such a forward-thinking and innovative organisation in Gravity Media. I’ve seen first-hand how it embraces new technologies to better serve its customers, and this sort of commitment and technical insight is greatly appreciated by broadcasters, content creators and rights owners within Asia-Pacific.”

One of Masa’s first engagements in his new role at Gravity Media will be attending BroadcastAsia 2018 in Singapore in late June.