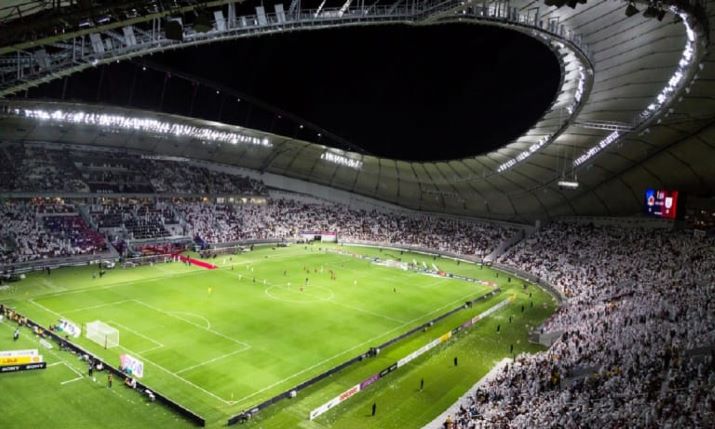 Qatar is set to host the FIFA World Cup next year from 21 November to 18 December 2022. This land of sun, sand and an enthusiasm for throwing money at technology is going to show the world a beautifully imagined event with brand new stadiums and state-of-the-art broadcasting infrastructure.

Key to making this vision a reality is Gravity Media. Gravity has been in Qatar since 2005, starting off as a branch office before becoming an outpost of the company’s UK-based business. Gravity has worked on around 17 different stadiums of all sizes since its arrival in the country, catering for sports such as football, handball, tennis and basketball.

It has been working with the State of Qatar on its stadium plan for four to five years, from the time that Qatar was awarded the World Cup.

All out to impress

As part of its preparations for the World Cup, the State of Qatar has gone all out to impress. It has revamped its national stadium, the Khalifa International Stadium in Doha, as well as building three brand new venues: the Al Bayt, the Al Rayyan and the Al-Thumama (the names of these new stadiums may change by the time they are opened to the public), which will be used for a multitude of sport and events, as well as the World Cup.

The State has had more time than most successful World Cup bidders to prepare. Explains Eamonn Dowdall​, executive director at Gravity Media: “FIFA announced two World Cups; one after the other, so Qatar had the benefit of a six-year preparation, which normally would be a four and a half year cycle.”

“As far as I’m concerned they’re well on track for completion,” Dowdall goes on. “They had some delays [due to COVID] but broadly, I think they’re on track and they’re building stunning stadiums. I do think Qatar’s objective of putting themselves on the map when it comes to stadium architectural design look and quality means [these stadiums] will be stunning. They’re not short of money when it comes to doing this type of thing.”

The Khalifa International Stadium, Al Bayt and the Al Rayyan stadiums are now complete. Al-Thumama is still being worked on. This means that Gravity’s work on the Qatari World Cup stadiums’ infrastructure is coming to an end, with its role in Al-Thumama expected to be completed around the end of June this year. 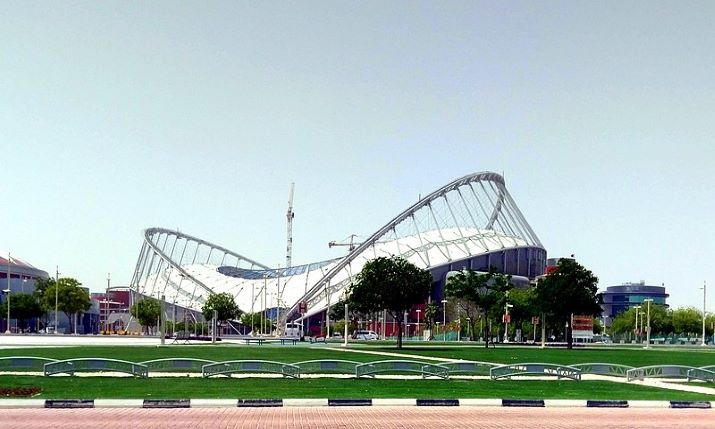 Qatar is a tough environment for everything to exist in, and stadiums and connectivity are no different. Comments Dowdall: “On stadiums built in Qatar, it’s a desert environment so they must go the extra yard to put the broadcast infrastructure into the stadiums. Qatar will use these stadiums for football clubs and other events, so we have implemented cable infrastructure for broadcast.”

Edward Tischler​, Gravity Media’s managing director, comments: “We’ve implemented lots of fibre! The technology goes around that infrastructure. The sheer quantity and scale of it as well is important; [the State of Qatar] puts in so much [technology]. It’s far beyond anything that will ever get used. They really futureproof themselves in terms of scale.”

Continues Dowdall: “Effectively what it allows is when broadcasters turn up, the interconnectivity for camera positions, commentary and VIP areas is already in place. That is connected into a control room so that when an OB van comes along, it just effectively connects into it.”

While this level of connectivity is implemented for all stadiums in Qatar, it is being, “done to a very much higher spec with regards to the World Cup stadiums, because they’re much, much, much bigger”, says Dowdall.

In terms of fibre, 291,523 metres have gone into the Al-Bayt stadium, 148,967 metres into Al-Rayyan and 170,000 metres into Al-Thumama, while Khalifa has been updated with 134,400 metres. Host broadcaster HBS and FIFA will overlay technologies on top of that foundation. 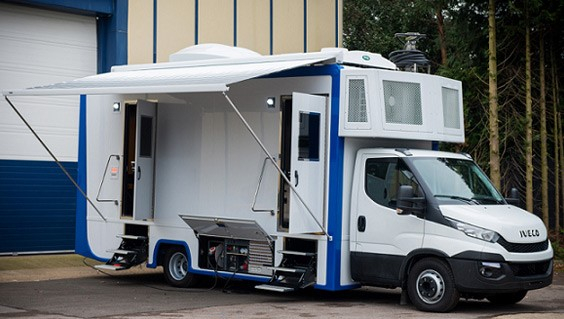 Local knowledge is important in being awarded large projects such as these stadium builds, says Dowdall: “Just because of the way Qatar trades, for most tenders you have to have a local presence. Qatar is obviously a very wealthy oil and gas state, and it’s determined that it wants to make the Middle East very much a point of presence for big international events.”

Tischler​ adds: “You can’t underestimate the requirement for local knowledge and relationships and the different experience that you get from working in Qatar. It’s a completely different way, a completely different approach to [doing business in sports broadcasting]. You wouldn’t want to go into this cold. I think having been out there since 2005 puts us in great stead; we’ve accumulated those relationships, the knowledge and the ability to get projects over the line. It’s quite a challenging piece.”

Working in the country comes with its challenges, adds Dowdall: “They do encourage foreign companies to set up, but they try to make sure the local companies benefit from the tendering process. It’s not the easiest country to work in. You know, they have their processes and procedures. I think some of it’s very good and some of it can be frustrating, but they’re on a huge growth trajectory in terms of building the country out to host events like [the World Cup].”

He continues: “In Qatar, what tends to happen is this work goes through building contractors. They end up being your client because Qatar awards – whether it’s an upgrade or a new build – a single contract that goes to building contractors. They then bring in consultants to help them specify, in collaboration with companies like ourselves and local international broadcasters, as to what they want.”

Dowdall notes: “We’re quite unique as a business. [Work such as the World Cup stadium project can] come across as a turnkey system integration job, but what we bring as value is we actually understand production. In Qatar, we can go with the knowledge that we know what a football production should look like, whether it’s a local production or an international state event like the World Cup. 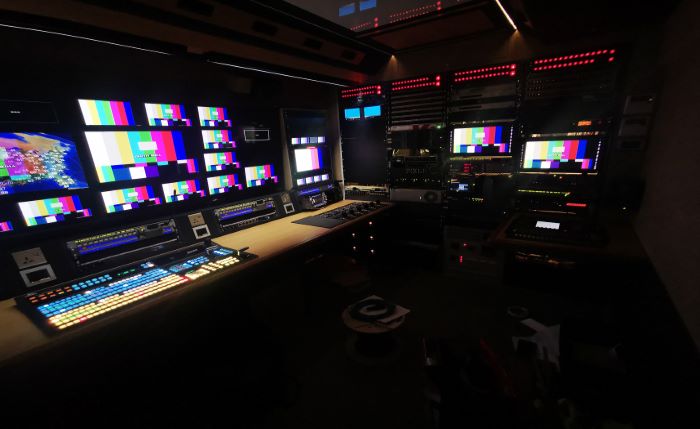 Inside Suhail, gravity’s new OB in the State of Qatar

To add value to both local and international broadcasters, Gravity recently launched a small OB truck in Qatar, called Suhail, which it is making available to broadcasters for the World Cup.

The HD OB truck has been built to satisfy the growing demand for live sport, conference and cultural event coverage across the region. This small van has been designed with DSNG capabilities and can take up to six fixed cameras and two RFs, as well as seating a crew of seven in air-conditioned comfort.

Gravity works on the ground with local broadcasters throughout the year, which are able to hire Sulhail when needed or tap into the company’s other resources. These TV channels include beIN Sports, the Al Jazeera News Network and government entities.

Having a base in Qatar also allows Gravity to tap into larger projects that can be controlled and managed out of the UK. Dowdall concludes: “That could be to do with adding production services, or more sophisticated technical facilities that we can supply to London.

“So while our Qatari business has local drivers, it also gives us the ability to bring back or to identify bigger opportunities, which could be much more sophisticated system integration projects with the local TV channels, or working with other government requirements for other types of events.”